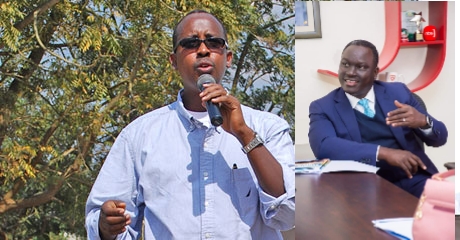 If you’ve all been wondering why lately, the NBS has waged war on People Power, by promoting adequate space to dissidents, then this is the invisible logic behind this, writes Sylvia Akello in her exclusive report.

After noting that the UBS is a sunken ship that cannot sail to their target, the NRM propaganda machines have stunned their guns to the popularly watched NBS TV in a ploy to bring down the People Power movement.

Our sources have tipped us of a mega 12 billion shillings project to which the NBS CEO, Kin Kariisa appended his signature in a high profile meeting with Odrek Rwabwogo. The duo met at a Kololo hotel lately to seal the deal. In the deal, it was agreed to propagate hate against Bobi Wine and People Power movement. Also agreed, was that NBS grants sufficient platform to events promoter, Balaam Barugahare, foul-mouthed Full Figure and anybody who would sign the cheque to fight Bobi Wine. 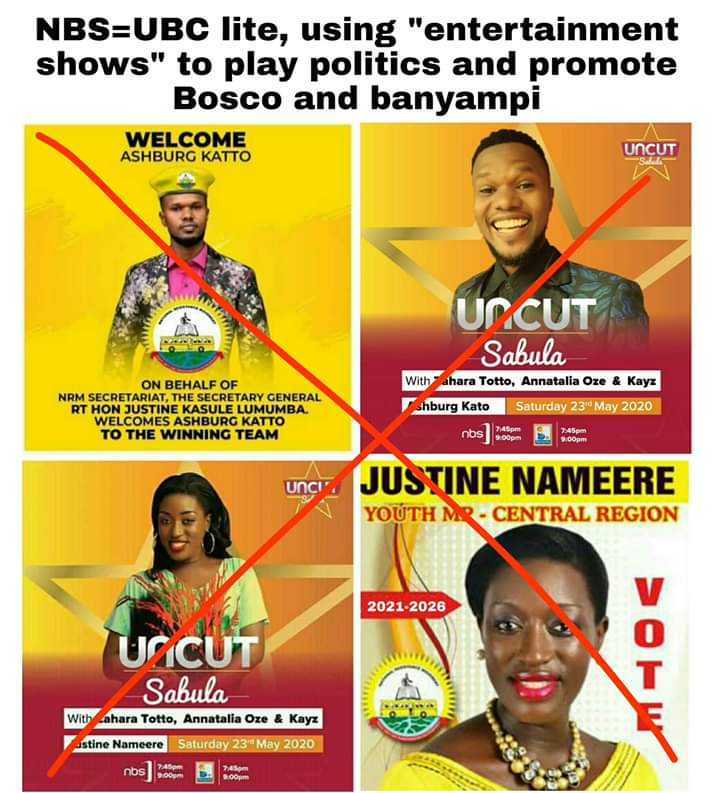 According to our intel, the first disbursement worth shs 6b was wired to the Kamwokya based TV station to hire some of its ‘Uncut Kalakata’ presenters to promote the Muhoozi project at the expense of demonising the People Power movement. For the record, Zahara Toto (presenter) has been frequently heard singing praises for Muhoozi. Toto cannot end the show without glorifying the first son which justifies our exclusive findings.

All the previously televised events about the defection of blogger Ashburg seem to have an agenda of demoralizing People Power supporters. It turns out that NBS has over-granted too much airplay to the new ‘NRM big fish’. For a full week, Ashburg has been the talk of ‘Uncut Kalakata’ to the point that even today, Saturday 23 they had to host him for a weekend special edition. The presenters themselves tend to spin a narrative aimed at bringing down the People Power movement.

It is not the first time that NBS has aided with the ruling NRM regime. In 2019 when the Zigy Wine story had hit the climax, NRM hired NBS journalist, Canary Mugume to create his own narrative in what came to be known as the ‘tape measure’ theory.