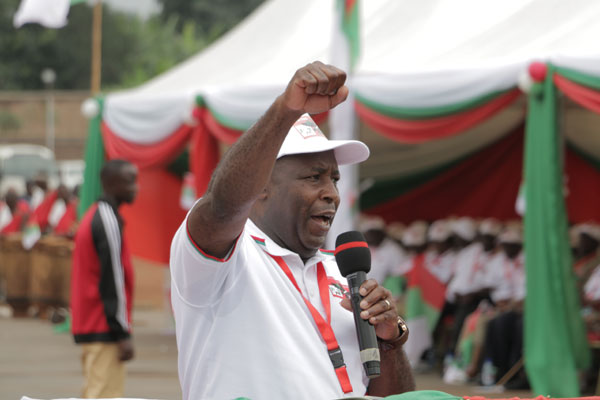 Burundi’s ruling party candidate and retired general Evariste Ndayishimiye has won the presidential election with 68.72% of votes cast, the electoral commission said on Monday, after accusations of rigging by the leading opposition challenger.

The commission said opposition candidate Agathon Rwasa got 24.19% of votes. There was a turnout of 87.71%. The vote to replace President Pierre Nkurunziza was preceded by political violence including the arrest, torture and murder of opposition activists, according to a local rights group.

There was also controversy over holding the election during the global coronavirus crisis. Hundreds of Burundians were killed and hundreds of thousands fled into exile after unrest surrounding the last election in 2015, when the opposition accused Nkurunziza of violating a peace deal by standing for a third term.

Agathon Rwasa has previously said he would take his complaints to the constitutional court, though it is packed with the president’s allies.

He was not immediately available for comment on Monday’s results announcement. Five other candidates also stood in the polls, in which 5.11 million registered voters were eligible to participate.