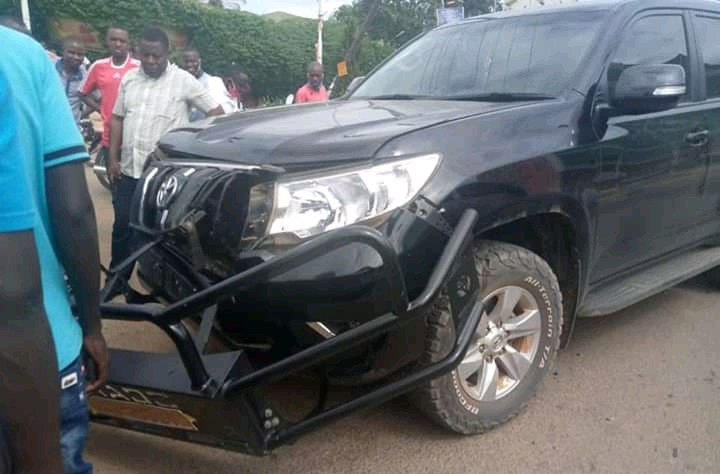 The Forum for Democratic Change legislator for Buhweju nearly perished in a car accident which occurred on Sunday in Mbarara town.

Mwijukye was returning from a local FM radio station (Radio West) for a political talk show when his vehicle rammed into another near Agip Motel in Mbarara town along Kampala road. According to witness accounts, the two vehicles were over driving at a terrific speed. “The two were on a rush. We saw the MPs car trying to negotiate a turn when it rammed into a Toyota wish in a head on collision,” an eye witness stresses. “But good enough, authorities rushed out to save the situation,” she adds.

The Buhweju legislator suffered only minor injuries and was rushed to a Mayanja memorial hospital and discharged after a few hours while the occupants of the Toyota wish reportedly sustained severe injuries and were rushed to Mbarara referral hospital for treatment, Ekyooto has learnt.

Francis Mwijukye is the serving member of parliament for the Buhweju county. He also represents the opposition on the parliamentary financial committee body which passes supplementary budgets.