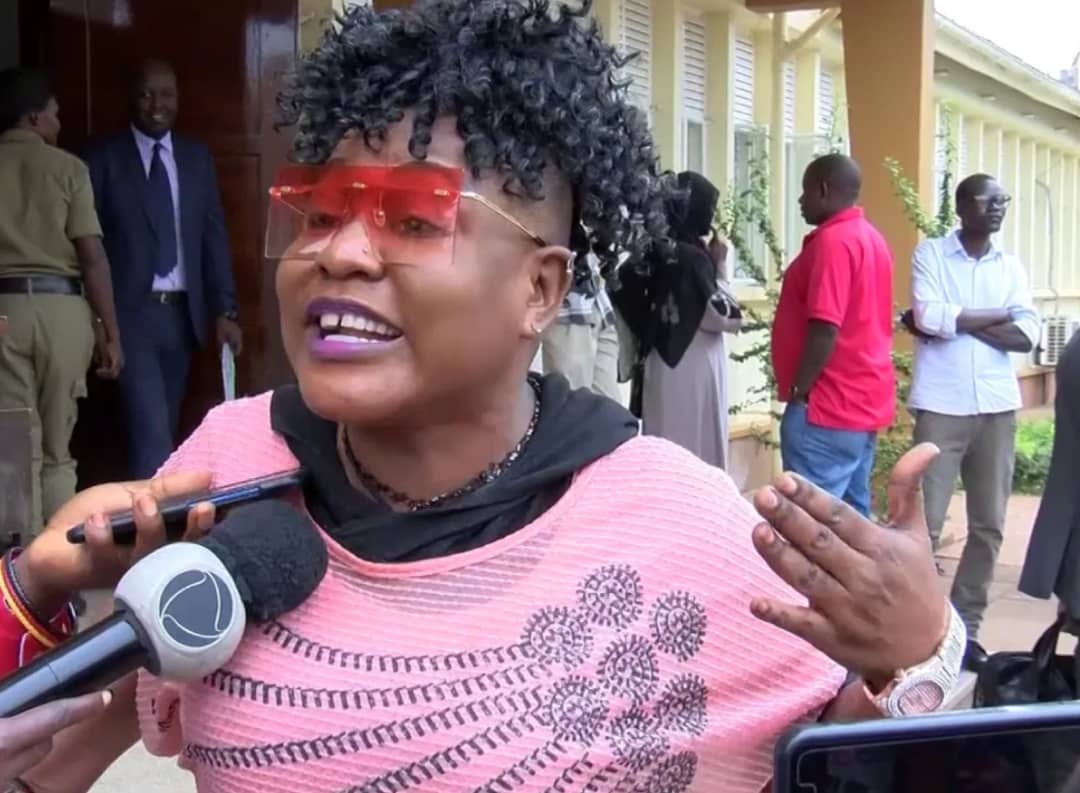 Self proclaimed presidential advisor, Jennifer Nakabuubi alias Full Figure is on the verge of eviction from her apartment according to reliable sources.

The renowned motormouthed reprobate spent the biggest fraction of her Idd in tears after her land lord issued an eviction note advising her to vacate in the next fortnight or face embarrassment. A source close to Full Figure says her boastful and vulgar character could be the basis of her eviction as the landlord shows no interest in collecting his fares. “The land lord told me he is willing to ignore the three months unpaid rent. All he wants is for her to vacate his apartment,” reveals the source. “Full Figure also uses too much drugs and sings vulgarities in every night, something which inconveniences other tenants,” adds the source.

It is alleged that Full Figure is running out of money due to her luxurious spending lifestyle. She spends most of her money on young men whom she allegedly enslaves into sex. One of her victims who preferred to be identified as Sserunjogi says Full Figure used to change men like bras. “If she was not with me in a night, she would be sleeping at another man’s house. Her libido is insatiable,” Sserunjogi says.

With the recent recruitment of Ashburg into the cyber frontline, Full Figure has been sidelined and blacklisted from the NRM social media activists pay cheque which explains her bankruptcy. “Full Figure writes fake grammar. She ashames the NRM ideology of UPE where we expect people to enroll for free education,” says Akandwanaho, a member of the NRM SOMA. “We don’t understand most of her poorly punctuated writings. Kasule Lumumba proposed that we scrap her off the payroll,” he adds. Most of Full Figure’s phone calls to Museveni go unanswered and of late, SFC troops manning State house security received strict instructions of not allowing her into the presidential quarters.