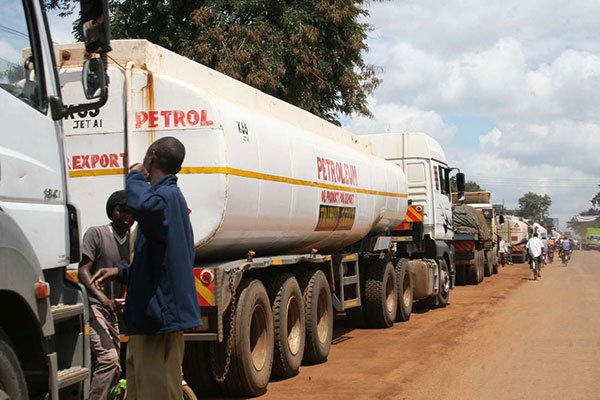 Kenyan cargo truck drivers are stuck in jam at the Malaba border due to delays caused by a slow process of getting COVID-19 results. The truckers are protesting at what they term as harassment and discrimination by Ugandan authorities at the Malaba border points leading to massive delays over COVID-19 checks.

Chebene says the delays, which see some truckers stay on the border for as longs as 48 hours, are due to picking samples and then taking them to laboratories in Entebbe for testing.

“samples have to be taken to Entebbe then back… the issue of jam came up because people have to wait,” he said, adding, “there is some improvement now because they added vehicles to transport samples”.

After an assertive push from the public, government officials decided to only allow truckers whose results have confirmed negative to enter into the country. To ramp up testing speeds, Gene-Xpert machines, which do 32 tests in an hour, were acquired. However, these machines have not been fully utilized. There have also been plans to have truck drivers tested from their home countries, however, heads of states haven’t agreed on the work plan. With this initiative, truckers will only have to present a certificate and they will be allowed into the country.