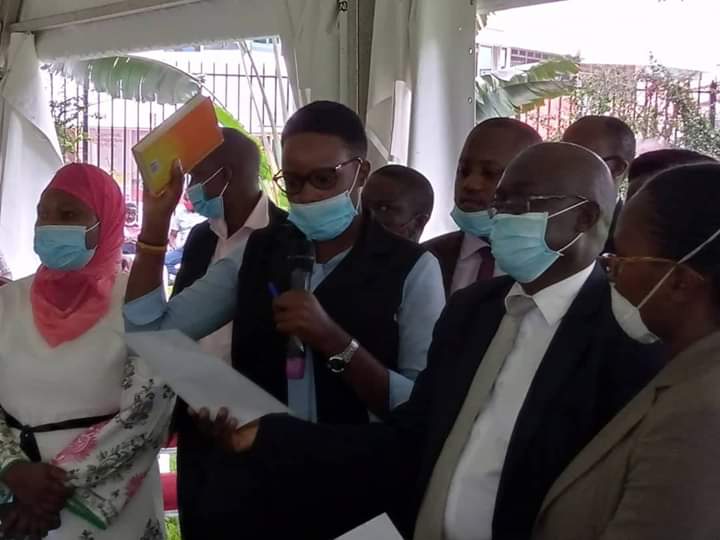 FDC’s Doreen Nyanjura has today, May 26 sworn in as the Executive secretary for finance and administration.

The event was presided over by the Lord Mayor, Erias Lukwago at City Hall, Kampala. It was flanked by selected Kampala district councillors who were on March, 9 this year appointed on the Lord Mayor’s cabinet. Also at the same event, People Power’s Muhammad Ssegirinya was sworn in as the chairman of public health after scoring 25 votes against Alice Amony with 4.

Nyanjura’s appointment to the KCCA board triggered widespread debate on how it was rewarded instantly after her severe loss to People Power’s Abubaker Kawalya. Reports say, Nyanjura’s appointment was influenced by Dr. Besigye and The People’s Government to which Nyanjura subscribes as the ‘Tourism Minister’ and Lukwago as the ‘Deputy President’.

Nyanjura lost the polls largely because of her aggressive character towards the People Power movement which she regularly attacks in her social media polls. Some of Councillors who have served closely with her say she holds Bobi Wine in disregard and on several occasions she verbally issues rants against him.

The March, 5 poll ended in Kawalya’s favour when be scooped 17 votes while Nyanjura garnered only 14. A few days to the poll, FDC denied Kawalya a flag and declared him a party deserter due to his close identification with Robert Kyagulanyi and his People Power movement. It is of no wonder that when Kawalya won his seat, he took his after party to People Power headquarters in Kamwokya. Away from all that, during this Covid lockdown, FDC bloggers in vengeance towards Nyanjura’s loss initiated a failed propaganda about Kawalya when they alleged he had stolen relief food belonging to the vulnerable poor.