Bobi is beyond us, you can’t compare him to any artiste-Omulangira Ssuuna 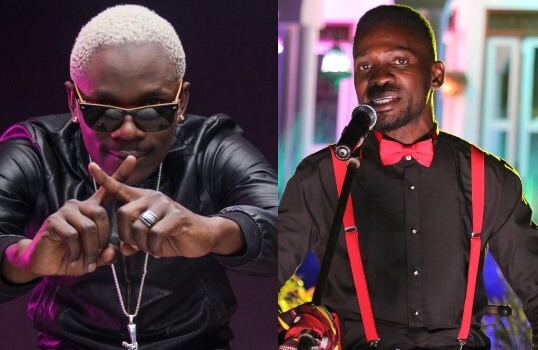 Legendary Ugandan music icon has trashed all musicians especially those who subscribe to the NRM ideology that compare themselves to the People Power principal, Robert Kyagulanyi Ssentamu alias Bobi Wine.

SEE ALSO: “I am just an artiste, Bobi Wine is far better than me”- Bebe Cool

Speaking at his Kampala residence in a local media interview, Omulangira Ssuuna sang praises for Bobi Wine and declared him a martyr in Uganda’s history. “You can’t compare any musician to Bobi Wine,” Ssuuna ruled. “Bobi is heaven sent. He is not just music, he is beyond music,” he adds. Ssuuna further reveals that whoever compares him/herself to Bobi Wine deserves to be subjected to a mental test. “It’s like comparing a rabbit to an elephant. It doesn’t make sense at all,” the musician says.

Ssuuna also cleared the air in the regard of pioneering online music concerts in this time of the lockdown. The artiste says, whereas he initiates the idea, he did not at any point anticipate competition and emulation from other artistes. “I was just doing my thing. I never knew other artistes would adopt the idea,” he notes. “The lock down affects our industry since it involves convening gatherings. I appeal to the government to follow the steps of the neighbouring Kenya which has bailed out artistes,” the artiste further says.

While reacting on the issue of NRM leaning bloggers who insult him on his Facebook page, a furious sooner issued a day ultimatum for all of them to unfollow him with immediate effect before he clicks the block button. “You cannot insult me with your shs 80k phone. If you don’t like what I do, quit my page before I block you,” he fumes. “You are putting on unlike sandals, one is red and the other is blue and you also abuse people. Where do you get guts, I didn’t invite you,” he adds.

Ssuuna is not the only artiste who acknowledges the superiority of Bobi Wine. Earlier, musician Spice Diana who dared to dethrone Bobi, a week after he made a record breaking online show that garnered 30,000 viewers ruled she could not match him after her own show gained only 8,800 viewers. Long time Bobi Wine nemesis, Bebe Cool also in an interview with Kenyan based Citizen TV conceded that Bobi Wine is far better than him.