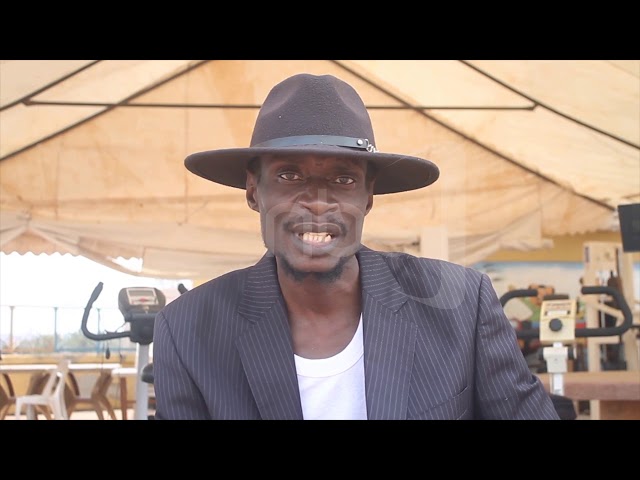 Abbey Musinguzi of Abtex promotions has written to Uganda Police Force informing them about their peaceful demonstration that will involve walking to Frank M. Gashumba ‘s home to demand for an apology to the premier of Buganda, Katikkiro Charles Peter Mayiga for insulting and abusing him.

The demonstration will take place on Wednesday 27th May, 2020. 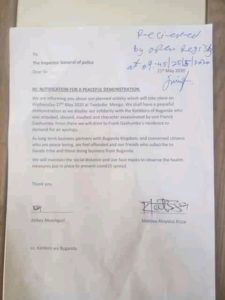 Katikkiro Peter Charles Mayiga While addressing the media on May 11th, attacked three individuals he didn’t mention names; A fraudster, drunkard and a foreign blogger who smokes weed.

The katikkiro said such people should  not be given attention. From the public’s understanding, the Katikkiro meant Frank Gashumba (Fraudster), Tamae Mirundi (Drunkard) and Peng Peng (weed smoker). All the trio Peng Peng, Tamale Mirundi and Frank Gashumba reportedly hurled abuses at the Katikkiro.

After the outburst, Buganda MPs led by Nakaseke South MP, Semakula Luttamaguzi demanded an apology from Gashumba and refused. This time, Abtex is planning a peaceful demo to force Gashumba apologise to the Katikkiro.