Bobi Wine is beyond gifting Vitz rides to selected individuals 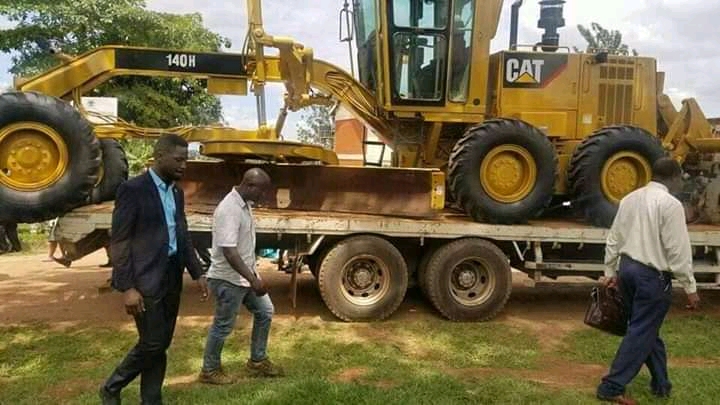 While his critiques are busy peddling a state steered narrative that he is ‘stingy’, mean and so forth, Bobi Wine has continued to make more positive contributions just to serve his people wholesomely.

Several years back, the youthful leader gifted a brand new Caterpillar grader to assist the maintenance of seasonal roads which are being ravaged by the endless rains. The generous contribution came just a few moments after his election. Even before joining parliament, Bobi Wine had led a number of charitable events. In November, 2013 after floods first swept through Kasese, Bobi Wine voluntarily made a charity concert before any other artiste had thought of making such a move. In this concert which he named, “Akalimu clean and out concert” he mobilised relief items and liquid cash for the Nyamwamba River floods victims.

Years into his leadership, he has helped instill self esteem among the plight of youths that had been sidelined from the ‘National cake’. “Bobi does not give out fish, he gives out fishing nets and teaches you how to fish,” says Mugerwa, a Kamwokya youth aligned to the People Power.

On May, 23 2020 Bobi delivered sanitizers and hand washing kits to his constituents in Kyadondo East, Wakiso district. “We continue doing our best while we pray that God does the rest,” Bobi said after delivering his pledge to the Wakiso covid taskforce.

In just a space of one week after that, Bobi Wine has done a multiplicity of charity works, some if which goes uncovered by the pro-regime mainstream media which was barred from publicizing Bobi’s activities. Again, years after his charity to the Kasese community, Bobi has led a shs 13.5 million fundraiser for the flood victims. Few days after that on the eve of Idd day, he delivered a consignment of food relief items to Bulange to assist fasting Muslims go through Idd prayers.

Bobi Wine is not the kind that will only offer relief to a selected few. He is focused on the greater good of the people and not private benefits of the few. His dream is to see a good livelihood for all Ugandans, not only his companions. Those who are after gaining can go to NRM as an alternative.