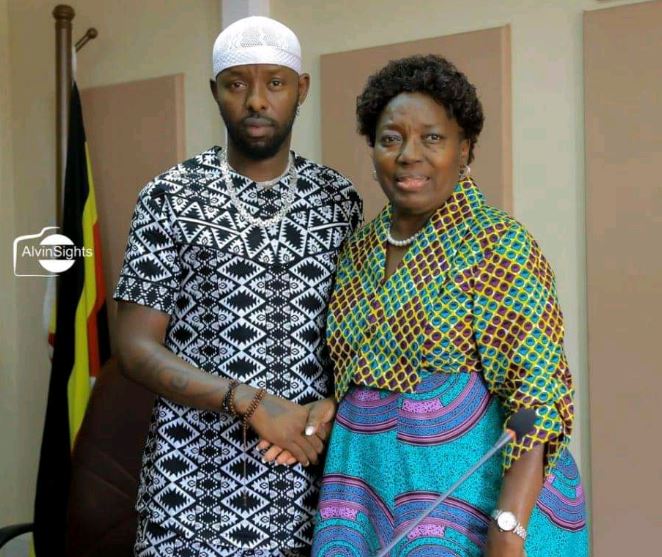 The speaker of parliament, Rebecca Kadaga has asked government to grant consular assistance to Ugandan music icon, Eddy Kenzo who has been stranded in Ivory Coast since the lock down started.

SEE ALSO: Please stay in Ivory Coast, l’m not against you -Museveni to Eddy Kenzo

Kadaga argues that Kenzo’s return must be expedited with immediate effect given his social status as a very important person in the Ugandan community. Among other requests, she also wants his accomodation and feeding bills to be cleared by the government of Uganda. “If Minister Kuteesa repatriated his friend’s family, why can’t government fly Kenzo back home,” Kadaga told parliament.

Kadaga’s request comes a day after cabinet had resolved to repatriate only a handful of stranded Ugandans totalling to 24,000 and these were to incur their own flight expenses.

Kadaga’s directive has however attracted widespread outrage from the Ugandans who argue that selective repatriation of the kind would be unfair given that all Ugandans need to be attended to equally. Kassim Kizito, a stranded Ugandan in South Africa says clearing Kenzo’s bill is unfair and makes others look ‘less Ugandans’. “Is Kenzo the only stuck Ugandan. There are many Ugandans stranded here in South Africa. We all deserve equal treatment,” he says.

In the Monday cabinet meeting, ministers unanimously agreed to repatriate at least 24000 stranded Ugandans at their own expenses unlike what other countries have been doing. In a statement issued through the Ministry of information, government said they were only considering Ugandans who are off the African continent, a category that Kenzo does not fit in. It should be noted that Kyadondo East legislator, Robert Kyagulanyi Ssentamu had tabled the repatriation matter before parliament only to be heckled by a gang of shameless NRM MPs.