No more execuses today, we shall arrest you, traffic boss warns motorists 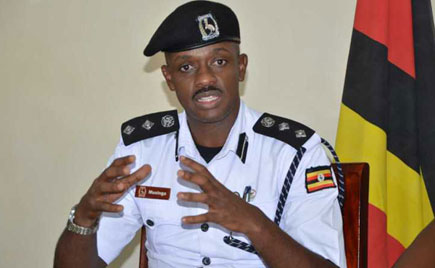 The Kampala Metropolitan Police traffic commander, ASP Norman Musinga has warned motorists against driving in curfew time. Musinga says today, they will not listen to any execuses as the case was yesterday, when the private vehicles were again allowed to hit the roads.

SEE ALSO: Enanga warns motorists ahead of commencement of public and private transport

“The traffic officers are not going to be lenient with anybody using traffic jam as an execuse, plan your journeys on time,” Musinga said in a press briefing today. “Enforcement of traffic rules and regulations is back on the road. Driving without a permit won’t be tolerated,” he further warned.

Musinga further says that all vehicles with RDC stickers will also not be allowed to drive in curfew time. “There was a lot of excitement yesterday, everyone came to the road even those who did not have what to do,” he said.

Musinga’s remarks come a day after Kampala drivers were clogged by traffic jam that pushed even beyond curfew hours. Police say they arrested over 50 motorists for flouting curfew time and warned to apply more stringent measures today as the country’s first phase of the lock down ease streaks into day two.

Experts have however warned that the rush hours may intensify road accidents as drivers would tend to over speed in a bid to avoid being caught up on the streets in curfew time. Already, accidents and related incidents where have been reported. At Entebbe road, a driver injured two police officers as he tried to evade arrest. The tragic Entebbe road accident caused the death of one of the vehicle occupants.