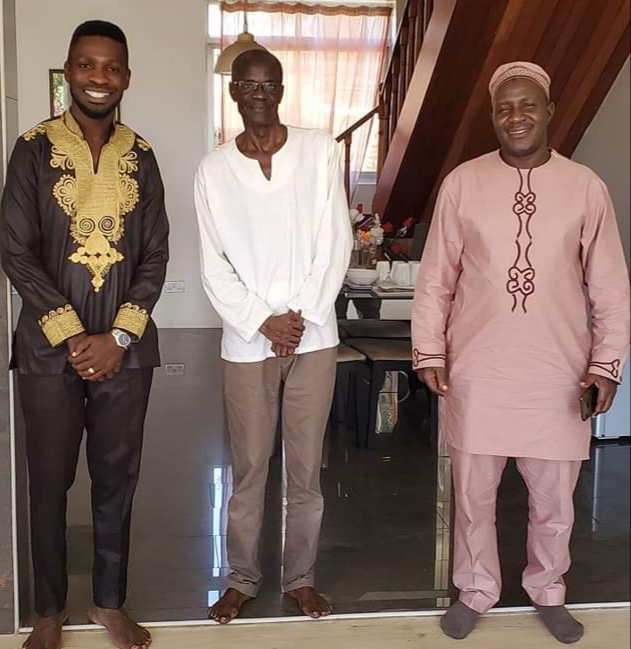 In a statement published on his Facebook, Bobi Wine says they had a productive discussion about the political direction Uganda is taking.

“This morning we paid a courtesy call on Haj Husein Kyanjo to check on his health.
Am glad to inform you that the patriotic elder is healthy and strong.
Also had the honour of meeting and interacting with Imam Kasozi, one of our most eminent muslim leaders. Our generation is blessed to have nobel elders that we can always rely on for wisdom and counsel.
Today’s message was, “always put principles ahead of interests and you will live a dignified life”.

Before he was reportedly poisoned by the Yoweri Museveni government, Hussein Kyanjo was an outspoken legislator who opposed dictatorship. The ex legislator apparently suffers from dystonia, a movement disorder he extracted from the lethal poison injected in him about four years ago. The regime wanted to distort his speech abilities given the harsh criticisms he would routinely issue on Television and radio.