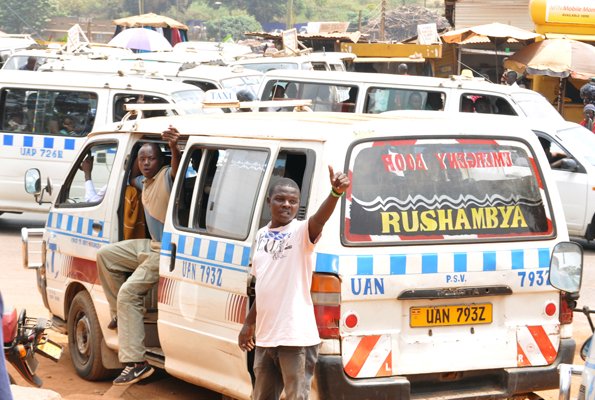 All city taxis will be assigned specific routes as they resume their operations on June 4, 2020, the Minister for Kampala Metropolitan Affairs Betty Amongi has said.

She told journalists at the Uganda Media Centre in Kampala on Thursday that they have designed routes for each taxi operating within the Kampala metropolitan area. This means that before the taxi’s return to  the city, all operators will be expected to report to Kampala Capital City Authority-KCCA Offices to be assigned parks and stages.

Amongi says that after registration and assignment of routes, the drivers will pick their route charts from the Ministry of Works. The route charts shall last until December 31, 2020, before a permanent chart is issued.

The arrangement is in line with the new guidelines for public transport in Kampala which were jointly drafted by KCCA, the Ministries of Kampala Affairs and Works and Transport Ministry, and approved by the cabinet on Monday.

Amongi says that all operators of public transport are expected to have personal protective equipment like a face mask and provide handwashing facilities for passengers to wash their hands and a temperature gun to measure the temperature of passengers before boarding.

Amongi says that taxis will park two meters away from each other while in the parks while touting has been banned as part of a presidential directive. The taxis will also be given route colours and numbers. Colours black, red, yellow and green shall be used.   She says this will help in tracking vehicles especially during the COVID-19 period where they might need to trace for contacts.

Amongi also listed other issues that taxis will have to fulfil without fail with effect from January 2021. She says taxis will be subjected to compulsory inspection through SGS and payment of Park User fees to KCCA. Amongi says KCCA will directly enforce all the directives without involving taxi Associations that they say are divided.

The KCCA Acting Executive Director, Andrew Kitaka says they will start designing the parks soon to create the 2-meter distance between taxis. He says to manage the number of taxis; they are working around the clock to find space where taxis can park as they wait to return to the parks.

Meanwhile, KCCA says that Boda Bodas shall continue operating without passengers and respect curfew time as indicated by the President. The Authority is currently working to gazette Bodaboda stages and Bodaboda free zones.

The authority has listed 970 Bodaboda stages across the three divisions of Kampala. So far, they have approved 585 stages.