Bobi Wine Is Stronger Than Before 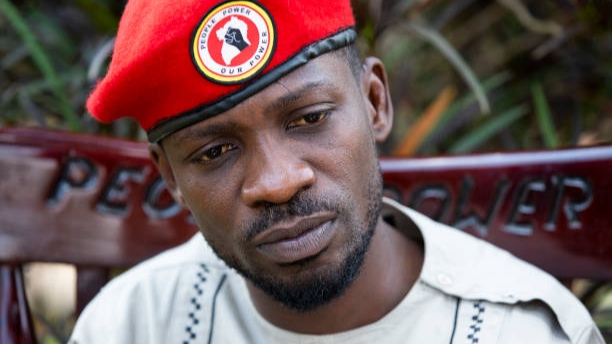 Some exponents of freedom in various parts of the world don’t bring their full capacities to bear on the problem of how to achieve liberation. Only rarely do these advocates fully recognise the extreme importance of careful strategic planning before they act. Consequently, this is almost never done. Bobi has!

In the past and recent, the democratic seeking forces tend to be threatened by the regime brutalities and are overwhelmed by immediate responsibilities, or even safety or time to develop thinking skills.
Bobi wine has not simply reacted to the initiatives of the dictatorship. He has not been defensive seeking to maintain limited liberties or bastions of freedom neither has he only wanted to slow the the advances of the current regime like causing slow to the new policies of the regime; he wants a real fundamental change and an overhaul of government institutions.

RELATED: Why Bobi Wine poses a real threat to Museveni

Shunning Violence – Kyagulanyi Ssentamu has openly distanced himself from any form of violence despite the provocation.
Other opponents of the regime may naively think that if they use enough violence freedom will come.
He has asserted that violence is not guarantor of success well knowing that it can lead to defeat , massive tragedy and unbearable injuries.The team knows well that the regime is far equipped for such and violence doesn’t favor the Democratic seeking forces.

The control of activists; the Kyagulanyi and team have known well that world over activists tend to be egocentric and work on what they feel.
A working relationship has however, been established to suit the real goal.This explains why of recent they have become a soft target and as expected it is too late for the regime to finish them all because their creativity and bright ideas have been incorporated into the grand plan. It is why there are many “Bobi wines” in different areas of Uganda.

Instilling hope; the People Power Movement has instilled a lot of hope and enthusiasm amongst Democratic seeking forces than ever before. People know now that the unemployment, the poverty, the poor leadership is their responsibility to work on
As per the plan mechanism the people power movement has worked on the mindset through the ” Osobola” campaign.

READ ALSO: Bobi is beyond us, you can’t compare him to any artiste-Omulangira Ssuuna

The choice of means; Bobi Wine has chosen the best type of struggle which is in the capacity of the majority Democrats and population. This Technique will fully utilise the strength of the dominated population. The peaceful change of Power through the Ballot! It has happened else where in Africa (Kisoboka-It’s possible).
The population feels comfortable and safe, they will guard their vote.

Planning for democracy is the ultimate end where the pro change forces led by people power have to finish. Kyagulanyi reiterates it always that taking power is desired but preventing the rise of another 35 years’ rule should never happen again. So the establishment of a durable democracy gives every one a lot of confidence in flamboyant Bobi wine.

The external assistance; the main borne should be the people of Uganda but, who doesn’t know that Kyagulanyi Ssentamu is well connected? Even the blind knows that it can be done even if victory is tampered with .

The espousal of humane goals and loyality of ideals are admirable, but are grossly inadequate to end a dictatorship and to achieve freedom. With Kyagulanyi Ssentamu Robert, freedom will come