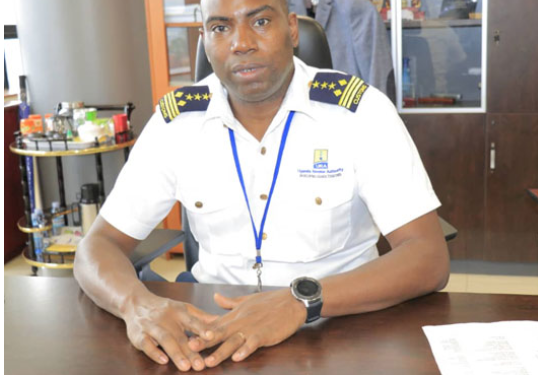 Uganda Revenue Authority (URA)’s Commissioner for domestic taxes Dicksons Kateshumbwa has been sacked on orders of the President Museveni. Lately, Museveni summoned minister of finance and commissioner general URA in a meeting which resulted into sucking of kateshumbwa.  Ekyooto has learnt.

“Today after more than 14 years of service in the authority, I have decided to end my tour of duty ahead of the contractual period with immediate effect,” said Kateshumbwa in his farewell message to URA staff. Kateshumbwa’s resignation comes a few months after President Museveni replaced Doris Akol with John Rujoki Musinguzi as Commissioner General.

According to sources from URA, Kateshumbwa failed to manage customs department before he was transfered to head domestic taxes department. Kateshumbwa is accused of conniving with tax defaulters and smuggler on boarder points which has cost the country billions of money.

Before being appointed Commissioner for Domestic Taxes, Kateshumbwa served as URA’s Commissioner of Customs until February 2020, when he was replaced by A8bel Kagumire in a major reshuffle.

It should be noted that there are reports that 14 other Commissioners and other assistant Commissioners have also been asked to resign from URA.