Police officer crashes suspect’s car in attempt to impound it 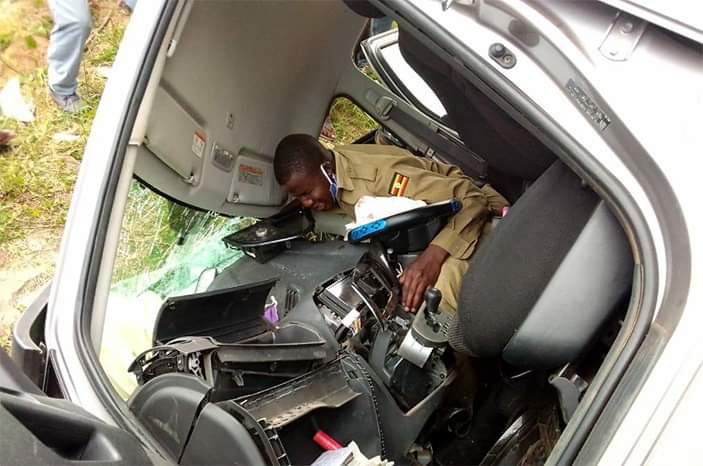 A police officer attached to Kamwenge Police Station has been rushed to Mbarara hospital in critical condition after getting involved in a nasty accident.

The Rwenzori West Police Spokesperson, Vincent Twesigye, says their officer identified as PC No. 63940 Samuel Omala, 32, while on duty along Kamwenge-Ibanda highway on Saturday, arrested a yet to be identified driver for not wearing a mask and impounded his vehicle, a Toyota Wish registration number UBG 899E.

Under unclear circumstances, the officer allegedly ordered the car owner to surrender the car keys and the officer started the vehicle claiming to take it Kamwenge Police Station as an exhibit.

Unfortunately, while on the way, the Policeman lost control and the vehicle overturned several times.

“In the course of the accident, our officer’s right leg broke and also sustained other injuries after the steering hit him in the chest,” said Twesigye.

“The said officer allegedly drove the suspect’s vehicle without clear orders to do so. Perhaps it was not a COVID-19 operation,” Police added.

Police further revealed that the alleged motor vehicle owner was also in the vehicle but survived with no injuries.