US pulls out of WHO, continues to blast China over COVID-19 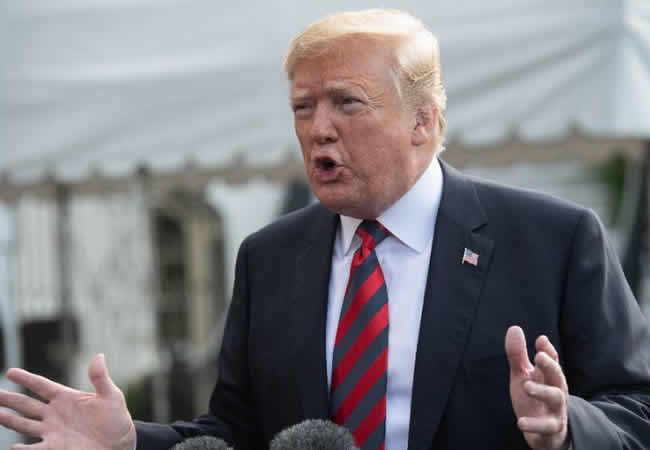 Earlier this month, President Donald Trump has repeatedly criticized the WHO’s response to the coronavirus, which has hit the U.S. worse than any other country, amid scrutiny of his own administration’s response to the pandemic. He has claimed that the WHO is “China-centric’ and blames the agency for advising against China travel bans early in the outbreak.

READ ALSO: Paul Kagame: WHO must be careful and watch out, Enough is enough

He therefore announced on Friday that the United States will cut ties with the World Health Organization.

“will be today terminating our relationship with the World Health Organization and redirecting those funds to other worldwide and deserving urgent global public health needs.”

“China has total control over the World Health Organization despite only paying $40 million per year compared to what the United States has been paying, which is approximately $450 million a year,” Trump said during a news conference in the White House Rose Garden.

“The world needs answers from China on the virus. We must have transparency. Why is it that China shut off infected people from Wuhan to all other parts of China?” he added. “It didn’t go to Beijing, it went nowhere else, but they allowed them to freely travel throughout the world, including Europe and the United States.” President Donald Trump added.

The WHO’s funding runs in two-year budget cycles. For the 2018 and 2019 funding cycle, the U.S. paid a $237 million required assessment as well as $656 million in voluntary contributions, averaging $446 million a year and representing about 14.67% of its total budget, according to WHO spokesman Tarik Jasarevic.

It’s unclear exactly what mechanism Trump intends to use to terminate WHO funding, much of which is appropriated by Congress. The president typically does not have the authority to unilaterally redirect congressional funding.