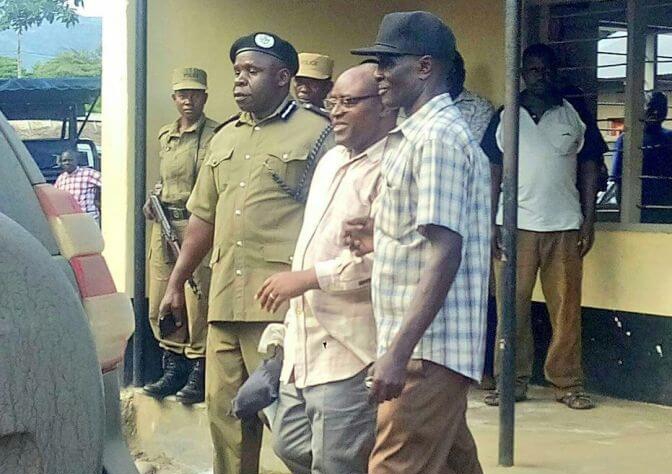 Today, the news of the resignation of AIGP Asuman Mugenyi has conquered social media and the mainstream with Ugandan politicians who faced his brutality wondering if it was authentic. Behind Mugyenyi lies a span of atrocities he committed mainly in the Rwenzori region where he was deployed since his initiation into the police force in 1989.

Mugyenyi, has retired at a time when his name featured among those dragged to the International Criminal Court –ICC over the November 27, 2016 military raid on Rwenzururu Kingdom in which more than 120 women and children were killed and over 150 detained on unclear charges.

Kasese Members of Parliament led by the then Leader of opposition, Kiiza Winfred in liaison with human rights defenders dragged top UPDF and Uganda police commanders who participated in the heinous operations in Kasese.

Mugenyi’s name was almost next to Elwelu’s among men in uniform who committed crimes against humanity. The duo breached the rules of engagement when they intentionally killed unarmed civilians and children contrary to the international laws that govern unarmed forces.

Apparently, his partner in crime, Peter Elwelu was promoted from Brigadier to Major General and now he commands the entire UPDF Land Forces.

At that time AIGP Mugenyi was appreciated for his bravery after a picture of him holding the Rwenzururu King Wesley Mumbere by the waistline went viral. The then Inspector General, Edward Kale Kayihura appreciated Mugyenyi with an undisclosed amount of money over his role in the Kasese murders.

Several bodies of young men and women mercilessly butchered during the heavy military operation were heaped and buried in mass graves. A good number of them were buried unclaimed as relatives feared to openly associate with the deceased according to a 2017 independent report by the Human Rights Watch.

Mugenyi’s 2016 operation was his the third in Rwenzori region having been in the same place in 1992, when rebels of Allied Democratic Forces –ADF under the command of now incarcerated, Jamil Mukulu, wreaked havoc in the region.