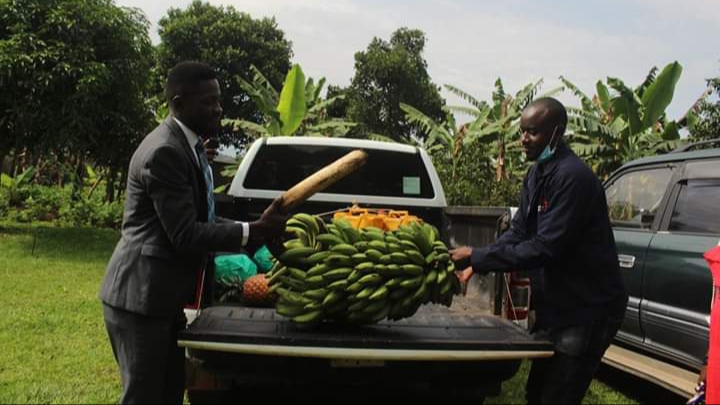 People power coordinator of Isingiro and an aspiring Member of Parliament Dr Jim paid a visit to Honorable Robert Kyagulanyi alias Bobi Wine upon release of private cars and brought him food items as a token of appreciation for the efforts put in the struggle and push his greetings from the people of Isingiro.

Isingiro District is located in western Uganda. It is bordered by Mbarara to the North West, Ntungamo to the West, Kiruhura to the North, Rakai to the East and Tanzania to the South.

Bobi Wine’s message of love, peace and unity has yielded results. For many years, President Museveni has been dividing people and the divisionism has kept Ugandans in prison. Ugandans should unite if they are to come out of these prisons of division in the forthcoming elections regardless of their tribe, religion and or belief.