Today in history: Bobi Wine is nominated for MP seat 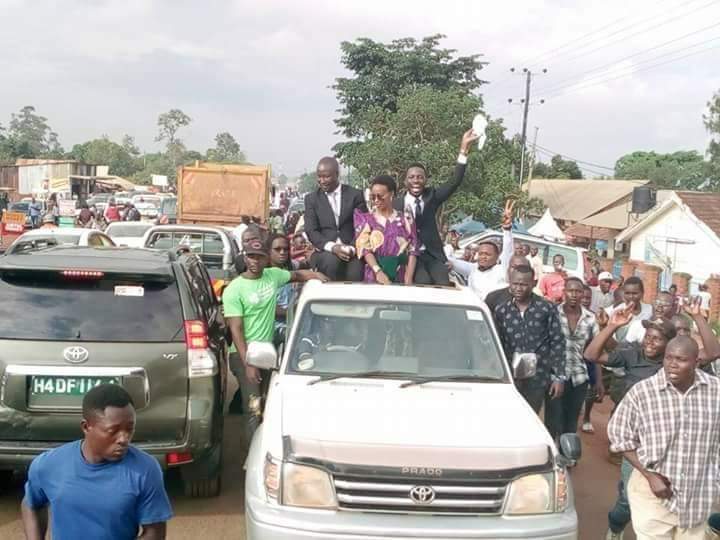 The then 35 year old musician started a triumphant political journey in style. With multitudes of cheering supporters, Bobi Wine in company of his wife, Barbie Ithungo Kyagulanyi combed through the major streets of Kasangati and brought the entire traffic at a still.

Little did they know that in Bobi Wine, the Kyadondo East people had flagged off a national liberator who would neutralise the autocratic rule of the 76 year old tyrant, Yoweri Museveni.

History was made. A youthful generational leader emanated all the way from the dusty muddy streets of the down scale Kamwokya ghetto, a Kampala suburb to later drift into a very powerful inspirational leader.

Bobi Wine in an interview revealed that he drew interest in the Kyadondo East seat on their return from Jinja with his long time confidant, Nubian Li who gave him a ‘go ahead’. The seat fell vacant after FDC’s Apollo Kantinti petitioned and court ruled that irregularities characterised by rigging had reflected in the 2016 polls.

Very few people knew about Bobi Wine’s strategy but he made it all the way with an unmatched voter turn up in a highly competitive political arena that saw the historical bush war politicians; Yoweri Museveni and Dr. Kizza Besigye rivalling the ghetto youth (Bobi Wine) for the seat.

Bobi’s shot to politics has since sailed him to the epitome of it. The young ambitious leader has already declared his ambition to unseat Uganda’s longest ruling tyrant in the 2021 polls.