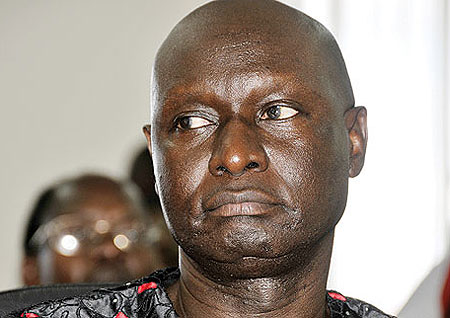 Former 2011 presidential candidate and UPC strongman, Olara Otunnu has reacted on Museveni’s Monday night pledge where he said the government was to facilitate rural learners with TV sets for each village.

In the widely televised address, Museveni reacted to the arising issue of inequality among learners majority of whom hail from humble rural communities which can hardly afford TV and print materials being supplied by the ministry of education as a temporary strategy to keep the sector lively. In his pledge, Museveni said as government, they are to deliver at least a Television set at village level and a radio for every Ugandan homestead. Reflecting on past pledges like the pads for girls project, face masks, food for all among others, the former presidential candidate, Olara Otunnu just like other Ugandan has cast doubts on Museveni’s capability to fulfill this pledge.

“Still trying to understand how you can supply a TV set per village before you have enabled rural electrification, not addressed theft and not even delivered menstrual pads to the young girls you promised back in 2016,” Otunnu writes on Twitter. “How do you think of supplying a radio per family when you can’t supply a mosquito net per household?,” he further questions.

Otunnu goes ahead to chronologically punch holes in preceding unfulfilled pledges by the NRM leader. “How do you deliver a mask per Ugandan yet failed to deliver a meal per household?” he adds. He then doubts the Education Minister, Janet Kataaha’s credentials as he notes she may not know the mess in the ministry she’s leading. “You have a wife for a teacher, a full ‘graduate’ of education from Uganda’s oldest university and yet she cannot advise you on basic learning guides, scheme of work and pupils grasping ability?,” Otunnu asks. “How do you be a fighter and yet fail to fight poverty and corruption out of Uganda?,” he wonders.