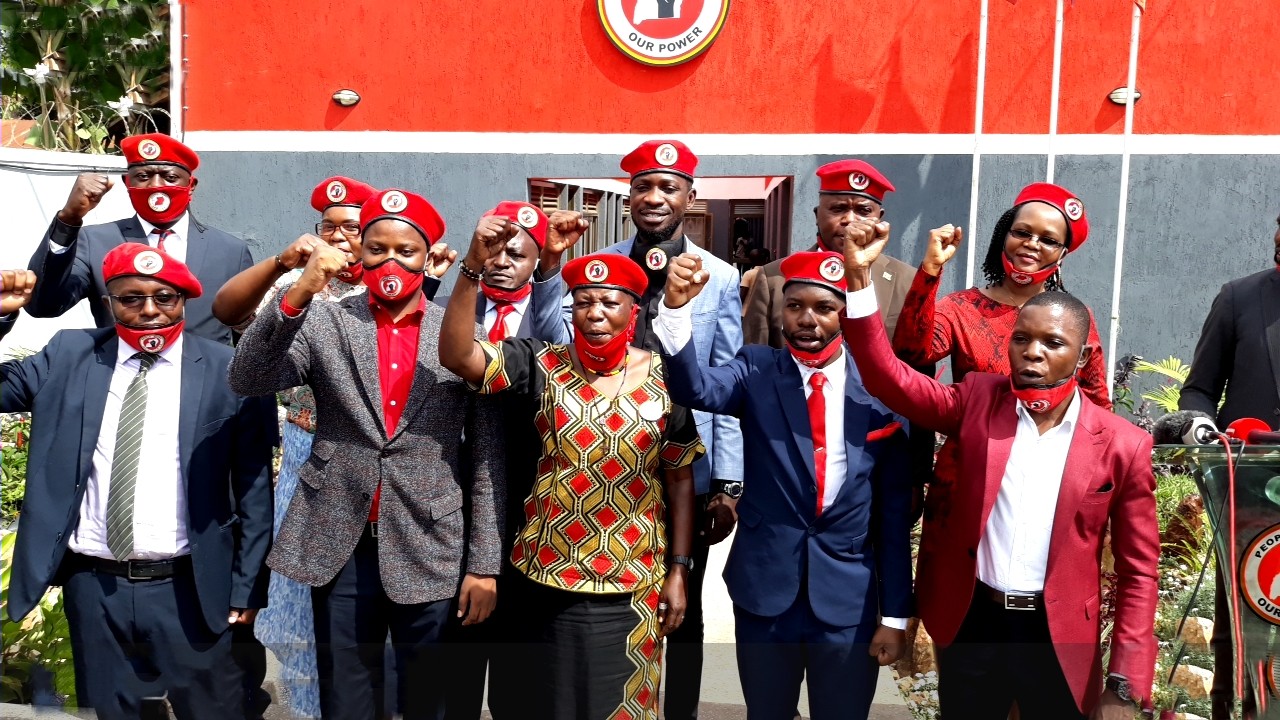 According to Joel Ssenyonyi the spokesperson of the People Power Movement, “People Power as a movement has continued to grow. We have continued to stretch our arms and legs across the country. As a Movement, we believe that there is plenty/too much work to be done and so often, we need more people to come on board and help us do this work because honorable Kyagulanyi as a team leader cannot be everywhere. What’s important is that he gets ambassadors across the country; the people that he relays on to do the mobilization, to bring people on board, to spread the message of People Power and that’s what we have continuously done.”

“We have said and we continue to say that, we mean business in the gust to see an end to Mr. Museveni regime. We mean absolute business but this to happen, we have got to be organized, extremely organized and that’s what we have been doing. Today, we’re unveiling two groups of leaders that are going to be doing the plenty of work. The days are drawing near to the elections and so we’re getting set for that without a doubt but we’re also getting set for the post-election when we’re in charge because for us to be in charge, we must be organized not after we have been declared winners but now. Ugandans must see that this is a team that is ready to take charge of the country.” He added.

In his message, the leader of the people Power Movement Hon Kyagulanyi Ssentamu Robert told the committee members that what they have offered themselves to is not an easy task, it is a noble cause.

“Comrades as we welcome you, I wanted first and foremost let you know that we’re in a charged mood. I want to thank the comrades that have offered themselves for this task. It is not an easy task at all. I have said this before and I repeat it again that we are leaders to serve and not to boost around. People Power is literally the power of the people. We have said it before, we retaliate it that the problem of Uganda is bad governance. It is leadership. Therefore, we’re here to solve this problem by offering servant leadership.

The comrades that have been announced are part of the big leadership team that we have. We have different layers of leadership as comrade mentioned, some you know and yes, some are covert.

However, for this particular task, we are sending out these comrades for a big job. It has been mentioned right from the beginning of our movement that we’re going for an election. We have always asserted, ‘Mission 2021’ because we believe in democracy. We believe that the opportunity we have in 2021 is to change the leadership of our country; to liberate our country using peaceful means. And we say it that we have not lost our track, we have not lost our way. We have not been diverted and were not going to be diverted.” He added.