Besigye wants Gov’t to cater rent dues for all Ugandans 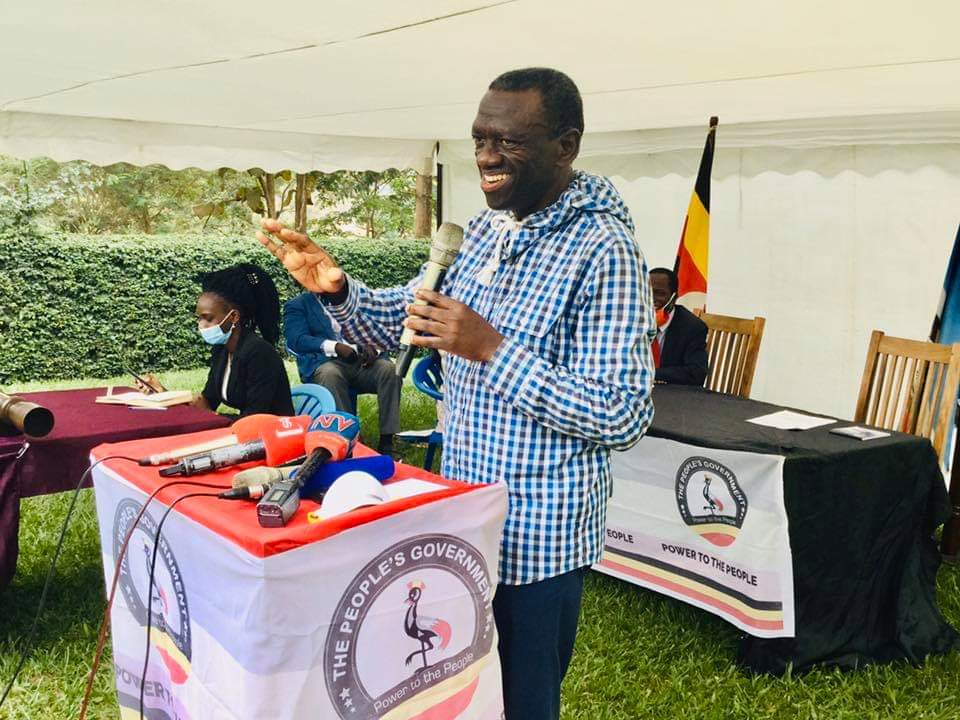 Today, the four time presidential candidate, Rtd. Col.Dr. Kizza Besigye and his ‘People’s Government’ delivered their annual State of the People’s Address which is the second since they started.

Today’s pivotal discussions rotated around economic recovery, regeneration of people’s welfare by allocating each household shs 100,000 and also blowing life onto the ailing health sector in a bid to make it meet the people’s health needs.

Besigye says Uganda faces serious political and economic challenges stemming from political mismanagement. The former FDC head says Ugandans are apparently anxious and heavily distressed by the covid crisis which has stagnated the economy. He however says that only a handful of elites who fall in the 1% are profiteering from the donations and grants jetting into the country. He further adds that the covid crisis exposed Museveni and his government as failures who didn’t prepare much to contain the crisis.

He further calls for a national conversation to demand for reappropriation of resources that could see shs 19.7 trillion invested in providing stimulus package to the people in distress. “The government should pay for the people electricity and water bills for 6 months. And on top of that, they should be supported with shs 100,000 monthly,” Besigye says. “The government should also consider paying 6 months rent for every Ugandan paying below shs 300,000,” he adds. He also insisted on the NSSF to fully bail out all Ugandans who save with the institution.

The state of the People’s Address took place at Besigye’s Kasangati residence in Wakiso district. By 17:00 hrs, the police had deployed heavily to monitor the situation.