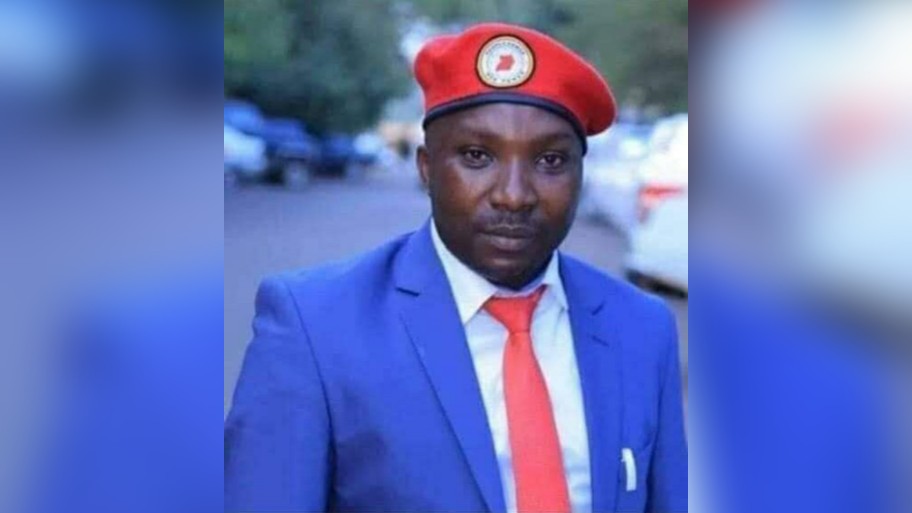 John Bosco Kibalama, 39, was kidnapped on June 3 and never seen again since. For a year now, nothing has been heard about Kibalama, an accountant working with Catrie Investment.

His family says they have searched everywhere, visited all security organizations and got one answer; “we don’t have him”.

Kibalama, a father of twins, according to a relative, Geoffrey Ssegamwenge Ndawula, is a lone child of his mother Teopster Nabuuma, helped through school by an uncle Ssegawa Kibalama. He graduated with a Bachelor of Science degree in accounting from Makerere University.

After school, Kibalama got a job with Uganda Revenue Authority before switching to British American Tobacco. Before he disappeared, he had picked interest in the Busiro North parliamentary seat, represented for 20 years by former vice president Gilbert Bukenya. Currently, Denis Ssozi Galabauzi, the minister of state for Luweero Triangle, represents the constituency.

“He had started consulting people on his desire to contest for MP and frankly he had received a positive response from many he had consulted,” said Muhammad Kavuma, the LC-I chairman of Nampunge village, Kakiri sub-county, Wakiso district –where Kibalama was born and groomed from.

Kavuma said that a few months into his consultations, Kibalama started receiving strange calls from people he didn’t know, warning him to stay away from the constituency. The calls became more ominous after the violent August 15, 2018 Arua by-election in which he and People Power led by Robert Kyaguanyi aka Bobi Wine helped propel Kassiano Ezati Wadri to parliament.

RELATED: So who has John Bosco Kibalama?

“He had dedicated his time and resources to People Power activities. There is no place that Bobi Wine went to that he didn’t go. We can’t for sure say that it is his political activities that influenced his kidnap but what we can confirm is that he had no any known enemy who would be interested in his disappearance,” Kavuma said.

Kavuma said Kibalama was kidnapped at Mile Six [Kumukaaga] after Mpererwe along Gayaza road on June 3 as he returned home. His car, a Toyota Prado TX, was abandoned by the roadside together with his phones, and identity cards.

“They didn’t take anything from the car. His wife Monica Nabukeera drove the car home and waited to hear a call for ransom but no-one called till this day. We are extremely worried about his life. We don’t know who kidnapped him or what they want,” Kavuma said. A case file was opened up at the nearby Nakanyonyi police station under file number SD/02/04/06/2019.

Of recent, CMI and ISO have been in the spotlight for arresting and detaining people in ungazetted places commonly known as safe houses. A parliamentary committee on Human Rights was investigating allegations that people are illegally arrested, detained and severely tortured in these safe houses but didn’t succeed after being denied access.

Joel Ssenyonyi, the spokesperson for People Power, confirmed that indeed Kibalama is one of their mobilisers who went missing at the start of June.

“Together with our lawyers, we continue to follow up on this matter in conjunction with the family, but the state has not been forthcoming since it’s their obligation to protect life and property and to investigate a matter such as this. People Power doesn’t have police of its own,” Ssenyoyi said.

“We suspect he could be detained in one of the many safe houses around the country, or that even the worst could have happened to him. President Museveni has been making light of such matters, saying police is in charge, but how do you explain that to a family whose loved one has been missing for months and you are not even bothered?” Ibrahim Ssemujju Nganda, the MP for Kira municipality and the opposition chief whip, said in an interview.

He said government should acknowledge that the situation has gotten out of hand.

“When I saw how CMI rearrested suspects who are accused of murdering Assistant Inspector General of Police Andrew Felix Kaweesi, you would clearly see they were acting out of frustration. They tell us they are in charge but crime continues unabated yet they seem clueless on how to handle the situation,” Ssemujju said, adding that when he read the president’s media statement on kidnaps and murders, calling for the execution of suspects because courts were releasing them on bail, he realized that even government doesn’t know what to do.

Interviewed for a comment, police spokesperson Fred Enanga said they have done whatever is humanly possible to look for Kibalama but so far, their efforts have hit a dead end.

“That case has no active leads because the phones and the vehicles were abandoned; so, there are no connected devices we can use to track him. We have interrogated members of his workplace, we have talked to the family and recorded a number of statements but there is no concrete lead that can guide us. We’ve searched everywhere including checking the exit records if probably he could have left the country but all have come to nothing. However, the investigations into that disappearance are still open,” Enanga said.