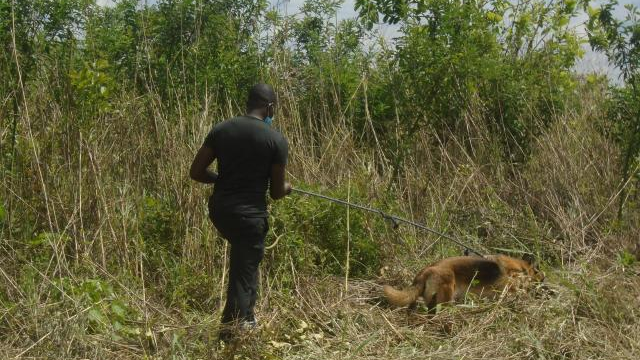 A 44-year-old farmer who went missing over the weekend from Omiya Anyima Sub County in Kitgum District has been found dead.

The deceased has been identified as Justine Okwi from Pajong clan in Lyelukwar village in Pela Parish.

He disappeared on Saturday evening after being attacked by unknown men armed with machetes, bows and arrows in Odongloo village on his way home over a land dispute.

Residents found a shirt and jacket belonging to Okwi that is suspected to have been dumped by his attackers from Palwo clan on Sunday afternoon on a farm in Latuturu in Odongloo village.

A security officer who didn’t want to be named told URN that the deceased’s body was found about two kilometers from a spot where he was attacked by his assailants.

According to the officer, the body was found in a shallow grave and wrapped in a polythene bag.

He says the deceased is suspected to have strangled before being stabbed multiple times in the chest, stomach and ribs.

“The body has been retrieved and now and in the hand of his relatives. It will be buried today at his ancestral home in Lyelukwar village,” he said.

The Kitgum Resident District Commissioner, William Komakech suspects the deceased was attacked and killed for allegedly leading security personnel to conduct an arrest on suspects over the weekend.

16 suspects were arrested on Saturday for their alleged involvement in the violent attack that left 21 people including an expectant mother and a baby from Pajong clan nursing wounds.

Komakech notes that investigations into the violent attack are ongoing and all perpetrators will be brought to justice.