Museveni plans to phase out taxis and Boda Bodas 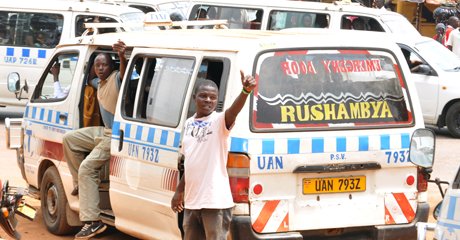 As public transport is set to resume on June, 4 we have received reliable reports indicating that the Museveni government is set to borrow shs 600b to dedicate it to a company called, ‘Tondeka’.

The Tondeka company will exclusively take over control and management of Boda Bodas and taxis operating in the capital, Kampala. The move is aimed at first identifying taxi operators and then overtime kick them out of the business to favour the state owned Kayoola buses.

SEE ALSO: Only Registered Taxis to Resume Operations on Thursday

Museveni and his team have a hidden agenda to abolish Boda Bodas and taxis but this can largely be achieved by subjecting them to a central management system through registration to aid the regulation. So far, about 1,500 taxis have been registered by the Kampala Capital City Authority in the ongoing two week exercise. The Minister in charge of Kampala, Betty Amongi has already instituted a ban on non-registered taxis effective tomorrow. “Only registered taxi drivers will be allowed to operate tomorrow,” Minister Amongi warned.

Analysts however say, Museveni is aiming at scoring political points in the urban opposition Kampala and Wakiso grip where he has been losing for the past three elections. “He may wish to phase out the taxis totally but the elections are drawing close so he can’t do that openly” says Luwemba Peter, a political analyst in Kampala. “Already an alternative in Kayoola buses been established,” he adds. Boda Bodas have for long been part of opposition political processions and are commonly spotted on People Power and FDC rallies.

In related events, the KCCA on Wednesday announced full control of all taxi parks and routes. They say, only registered drivers will be allowed to operate on the city roads and drive at designated routes.