Only Registered Taxis to Resume Operations on Thursday 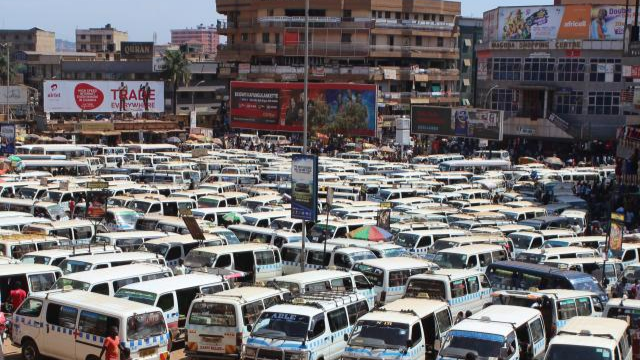 As public transport partially reopens on Thursday, 4th June, only registered taxis will be allowed on the road.

The development comes after a decision was made during a meeting held on Tuesday between the Minister for Works and Transport, Edward Katumba Wamala,  Kampala Ministers, Security Minister, Elly Tumwine and officials from Kampala Capital City Authority-KCCA and leaders of taxi operators. The meeting was held at the Office of the Prime Minister.

Registration of taxis is ongoing at Kitante Primary School and Old Kampala Secondary School to assign route numbers and colors for easy identification.

The process that started this week was meant to end on 12th June, 2020 but Gen. Wamala says all taxis shall have to be registered before the process ends. The decision to open only registered taxis was taken despite requests from taxi leaders that they all operate as registration continues.

As taxis return to the roads they are required to have hand washing facilities or sanitisers for passengers to use, taxi operators and passengers should wear masks and any taxi found carrying passengers without masks risks losing their licence.

Also, taxis are only permitted to carry half the capacity of the licenced 14 passengers, a decision that could lead to a hike in transport fares.

Gen. Wamala says they will continue engaging as government and taxi operators to harmonise on pricing.

Mustafa Mayambala, the Chairman UTRADA says they will comply with the guidelines but raises concern about the number of passengers per taxi and it’s effect on pricing. They have not come up with new rates as they await guidance from government, he says. However, he says that prices will have to rise for operators to compensate on lost passengers.

Meanwhile, Kampala Capital City Authority -KCCA will also start registration of boda bodas in Kampala. This is one of the plans the Minister for Kampala Metropolitan, Betty Amongi told leaders of boda boda riders on Tuesday. Amongi says all taxis shall be registered and their associations too.

She says they will also gazzette stages for boda bodas. Amongi also says there is a possibility of having a motorcycle lane.

The Authority is also working on a boda boda free zone where boda bodas shall not be permitted except those providing delivery service. Carrier boda bodas shall be registered by the Ministry of Works, says Amongi.