JUST IN: Minister Elioda Tumwesigye, Basalirwa and four MPs kicked out of parliament 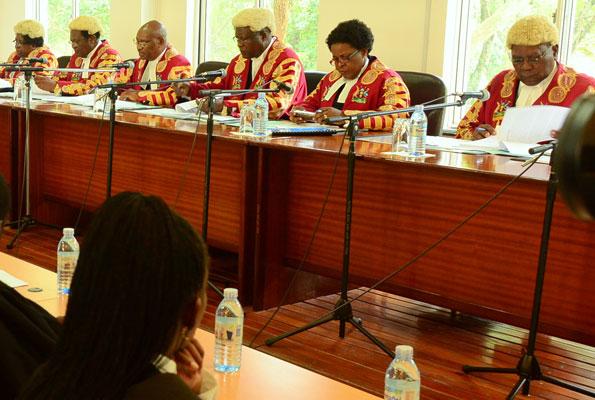 The Supreme Court in Kampala has this Thursday, June 4, 2020 upheld the earlier Constitutional Court ruling that nullified the election of 6 Members of Parliament representing the newly created Municipalities.

The ruling comes from a petition filed by the former Bufumbira East MP Hon Eddie Kwizera Wagahungu who claimed that the election of Members of Parliament for the 6 Municipalities did not follow the law.

The Supreme Court has therefore ordered the affected Members of Parliament to vacate Parliament immediately.

On December 27th 2019, the Constitutional Court ruled that the 6 MPs were irregularly elected and therefore should vacate their positions but the Electoral Commission and Attorney General who were the respondents in the case appealed in the Supreme Court.

The ruling of the Supreme Court in Uganda is final and cannot be appealed against. More details to follow up shortly.