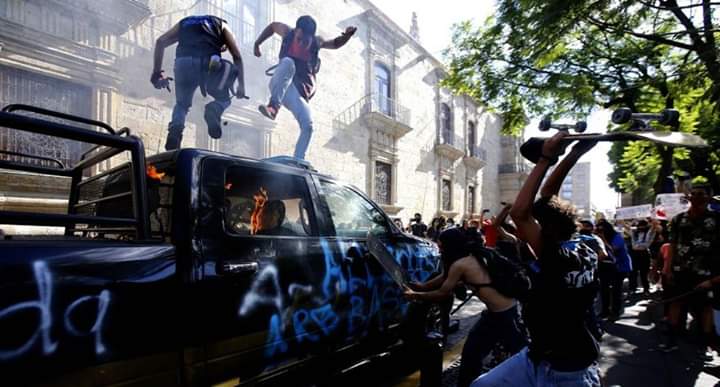 In Guadalajara, Mexico riots have broke out over the death of a 30 year old Giovanni Lopez who was arrested for not wearing a face mask and then died in police custody. According to local media reports, the protestors have overwhelmed the police and launched arsonist raids on the police.

Several police vehicles and buildings are burning. The protestors have also reportedly stormed the government palace building to express their rage.

Images of people on the streets have gone awash the internet. People of all age groups are visibly upset by the police brutality.

The Mexican protests follow a rage of the already week long spiralling tensions across all the US cities where the black Americans are demanding for the justice of a 46 year old black, George Floyd who was slain by a white police officer.

In Uganda, a citizen died in the Kalungu police cells after he was also arrested over a face mask. No solidarity protest was made. Only his struggling family tried to seek for justice but they were silenced with intimidations.