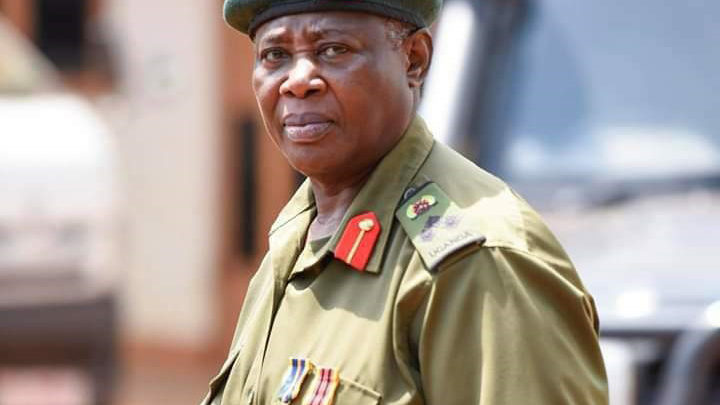 Sources on the scene intimate that the Toyotal Land cruiser model vehicle driven by an armed person was cruising at a terrific speed from Kayunga side towards Mukono when it fatally knocked the UPDF soldier.

A source told this site that the soldier was abandoned on the road for some ample time. “It was a hit and run. The soldier died instantly as the driver sped off for an extra 400 metres before making a u-turn to the scene,” says the Boda Boda source.

The accident prompted enraged UPDF soldiers from Mpoma earth station to hit the road and respond to the the death of their own officer. Reports say they drew the AK-47 rifles and aimed at the errant driver only to find that he was also armed and ready to shoot back. The heated mood heightened but calm was later restored after a cold verbal rant and exchange between the rivaling sides.

It took the intervention of Lt. Col. Segujja of the Mukono military intelligence and the OC traffic police to restore calm amid a high tension.

By the time of filing this report, neither the UPDF nor the police had commented about the incident and the names if the deceased could not be established.