All Ugandan Ministers to be Tested for COVID19. 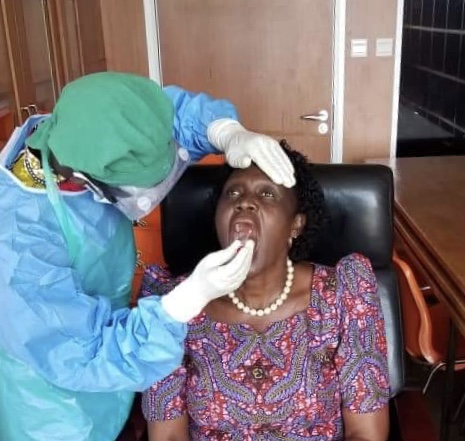 According to the health ministry, all Ugandan ministers will undergo testing for Covid-19.  The testing will mainly target those who attend cabinet meetings before they can go for weekly sessions.

This has proved vital after the Prime Minister, Dr. Ruhakana Rugunda announced yesterday that he would go into isolation after a close contact of his tested positive for Covid-19. The prime minister however clarified that he had not tested positive for the virus.

According to the health ministry, testing started on Thursday and has been going on since. She further says that a number of highly profile officials tested positive and have already started treatment. This number includes the close contact to the Prime Minister that forced him to go under self quarantine.

Dr Diana Atwiine, permanent secretary for the ministry of health, says that a total of 48 ministers will be tested every after two weeks.

The testing is aimed at targeting high risk groups of people where the ministers, journalists and parliamentary staff and other groups belong.

To date, over 120,000 tests have been made countrywide of which 23,000 were made from the Rapid Assessment Survey that was carried out in the previous days. However, most tests have been done on truck drivers and travelers.