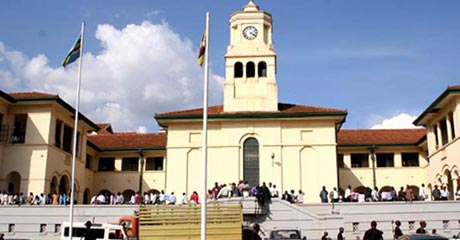 Nakawa judge who ordered Zaake release and Mityana judge who defied hearing ailing Zaake case have been transferred in judicial shake up.

According to an internal June, 5 memo seen by this site, the judiciary has transferred the bold Nakawa court magistrate, Ruth Nabaasa and the transparent Mityana judge, Kakooza Erias.

The two judicial officers shot into the limelight during the March attempted trial of the Mityana municipality legislator, Zaake Francis Butebi who had been tortured by security personnel. Ruth Nabaasa is remembered for her April, 17 habeas corpus order to have the sickly Zaake Francis who had spent unconstitutional time in police cells released unconditionally. Nabaasa’s orders came as a shocker to the state which realised some judges were opposed to the impending repression. This site has lately learnt that most judges are being targeted by the regime over how they are awarding activists and institutions large sums of money in civil and criminal cases.

For instance, Lord Mayor Lukwago Erias was awarded UGX 50m for the 2017 age limit maltreatment, age limit protestors got UGX 200m, Kaweesi victims were rewarded too, Stell Nyanzi UGX 50m while a pastor was awarded UGX 181b. That signalled something to the dictatorial government which has now started to shake up the judiciary instead of making more losses in legal disputes. Justice Nabaasa has been ordered to vacate Nakawa court and go to Mpigi and occupy the same position.

On the other hand, his worship Kakooza Erias who on April, 27 this year rejected to hear Zaake’s case after the legislator appeared in dire conditions is also among the transferred officials. Justice Erias Kakooza will go to Jinja court.