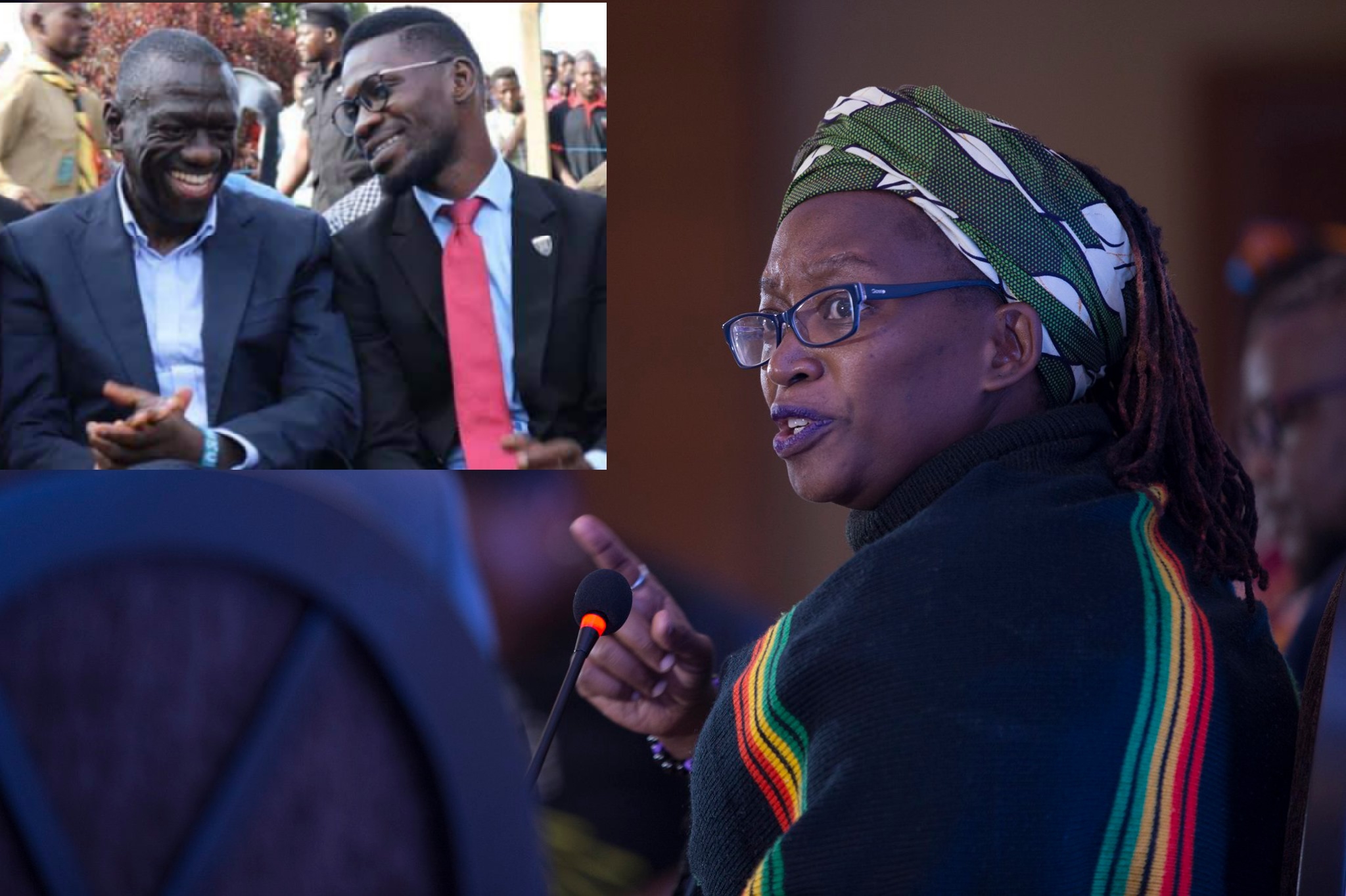 Kampala woman MP hopeful and political activist, Dr. Stella Nyanzi has urged supporters of the People’s Government and People Power to emulate their supremos and put an end to the feud ahead of the 2021.

Her urge comes moments after the row between the two forces of change continues to boil on especially on social media. People Power activists accuse the FDC bloggers of hiding behind ghost accounts to launch verbal offensives at the person of Bobi Wine. On the other hand, FDC also accuse People Power of masterminding the same.

Lately, the People Power supremo has been visiting other members of the opposition and indeed issued a statement to defend his push for unity where even urged change seekers to put an end to propagating against one another. Bobi consecutively visited Besigye at Kasangati, Asuman Basalirwa, Hussein Kyanjo and ANT head, Gen. Mugisha Muntu.

Bobi’s visits signalled his unrelenting desire to have a united formidable opposition front that will take on the 76 year old tyrant who seeks a re-election in the forthcoming 2021 polls. Dr. Nyanzi’s ideal is consistent with Bobi Wine’s. She has since yesterday used her Facebook platform to urge supporters of both groups to emulate their leaders.

What if Bobi Wine was President and Kizza Besigye his Prime Minister? Is this as improbable as many think? What would we lose as the opposition in Uganda?

I know that each of these two opposition leaders already has a cabinet of power brokers working in their respective People Power and People’s Government. Some of these power brokers vehemently oppose a merger because they fear that they may lose both position, power and proximity to the apex of governance in Uganda. But what if these cabinet members focused on the greater good of first redeeming Uganda from dictator Museveni?

The boundless youthful energies of Bobi would be infused by the wisdom and mature experience of KB. All of us in the opposition would win…

And to this bombastic leadership at the helm, I would add Mugisha Muntu as Vice President, Norbert Mao as Speaker of Parliament, Peter Walubiri as Chair of Constitutional Review Council and Miria Matembe as Cabinet Governor.

We need to radicalise and unite the opposition for revolution against dictator Museveni! What is more radical than this united opposition? This would be a main departure away from doing business as usual.