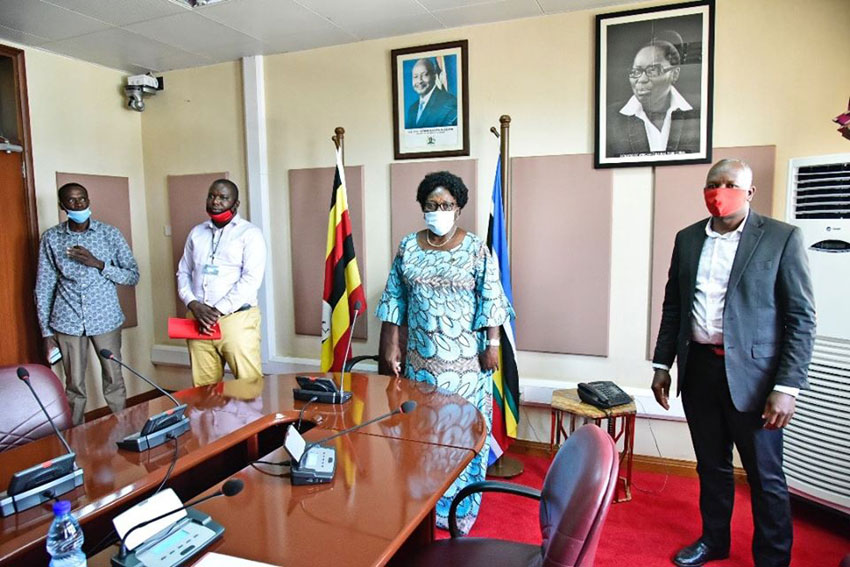 This come in few days ago when promoters Bajjo and Abtex delivered their petition to the parliament regarding the welfare of security operatives in the country. The duo noted that the security operatives are being paid peanuts and others are not paid at all.

“There are many signs of boiling anger from artistes and events promoters which may lead to a demonstration due to the overstaying of lockdown that has affected them financially” Bajjo and Abtex told Kadaga.

The speaker of Parliament Rebecca Kadaga further urged the duo to stop staging protest and demonstration since they do benefit from the Government and assured them with the answer for their problems.

“Don’t set fire on the source where you eat from, your issues will be handled well without demonstrations, but before that, I ask you not to get involved in strikes and demonstrations,. she said.

Last time, Bajjo and Abtex were arrested, arraigned before Buganda Road Court and charged with allegedly disobeying lawful orders set up by Museveni in a bid to contain the spread of Covid-19. At the start of the lockdown in March, Museveni announced that his government would distribute food to 1.5 million Ugandans adversely affected by the closure of business.

However, to date many people are yet to receive the food.