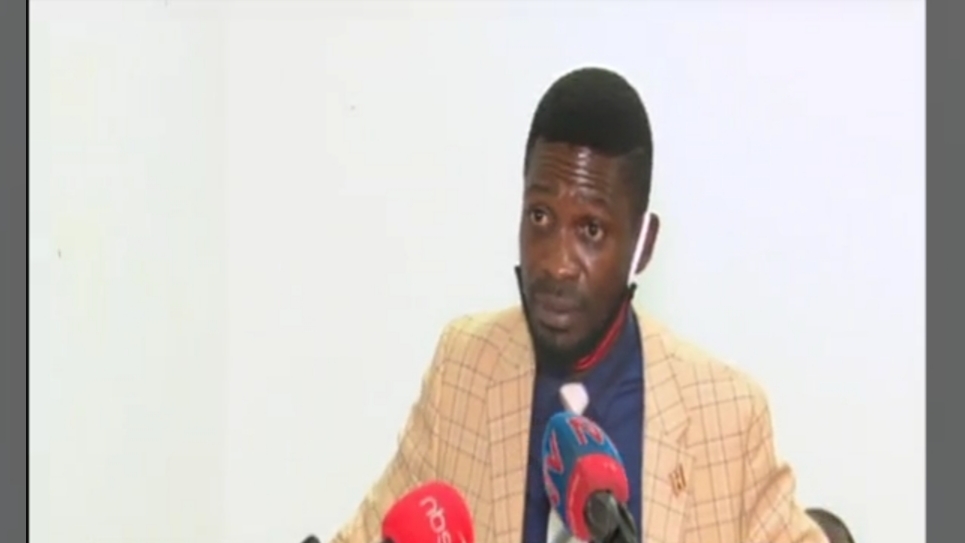 Kyadondo East Member of Parliament who doubles as the leader of the People Power Movement Robert Kyagulanyi Ssentamu aka Bobi Wine has spoken out on propaganda circulating on social media that he has changed his mind and intention to run for president come 2021. Bobi wine has said this while addressing media at the People Power secretariat where they gave the state of the nation address from their perspective.

“It makes me wonder the intentions of those people carrying on propaganda that I’m not going to run for president. As I have been asking who do these people actually working for, their actions can speak and you can know who they are working for.

Ladies and gentlemen, I came out and declared my intention to run for president and I reaffirm that I’m going to contest and run against president Museveni in the next 6 months and I’m well pleased that we’re going to win. I have said it before, I have never cancelled it and I reaffirm it.

We have our spokesperson as People Power Movement and whatever message that we want you to know, it passes through him but not those who try their level best to do all sorts of propaganda. So, I’m not just reminding you that I’m going to contest.

I’m not only reminding you that we’re going to win president Museveni but I’m reminding fellow Ugandans out their that let everyone play his/her part in order to see that our mission moves on smoothly and quickly so that we can reach an election and have a triumphant victory and that will be the beginning of changing our lives and put an end to our suffering.” He added.

They have pointed out a number of critical issues which remain a challenge. These include; poor education system, Poor healthy system, violation of human rights, corruption, bad economy, negligence of the informal sector, poor sanitation and water systems and no attention to the environment.

According to the press statement, President Museveni presented the state of the nation address last week, from a view point of someone who is out of touch with the reality on ground, having been in power for 34 years, and cares more about his cling onto power than the better of Ugandans.