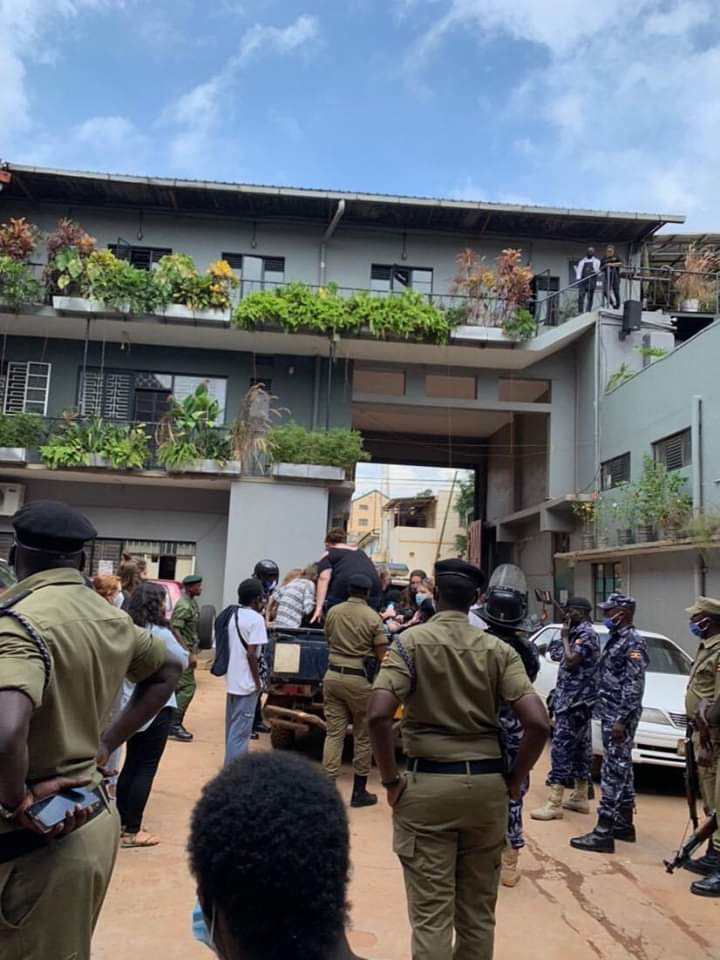 As the ‘Black Lives Matter’ solidarity protests continue to ravage the streets of the world’s biggest cities in a revolution analysts anticipate could put an end to racism, Uganda Police Force today swung into action and arrested about 17 activists who had organised something similar in Kampala.

Being at the helm of aggravated human rights abuse, the Uganda Police Force is not the kind that will ‘bend a knee’ to express solidarity with the slain 46 year old George Floyd, a black national murdered by Derek Chauvin, a white US cop.

Today, a group of activists of all races and age groups peacefully hit the streets of Industrial park armed with just placard inscribed with humanity messages of love and equity for all. Unlike democratic countries in the other 3 continents where police is providing security to the protestors, it is a different story in Uganda where the activists were instead rounded off and as we report, 17 of them are blinking behind bars of the Central Police Station cells in Kampala.

“Before the Uganda Police showed up in Industrial Area in Kampala, to disperse the #BlackLivesMatter solidarity event, activists and ordinary folks showed up with signs, they respected all COVID-19 prevention guidelines including social distancing and wearing masks, and peacefully advocated for an end to the genocide of Black lives. The Uganda Police did not care about any of all that. They arrested about 17 of the attendees of the event,” reports Bwesigye Mwesigire, one of the protesters. “The detained are Kelsey, a white national and Olive, a black activist,” says a protestor we rang on phone. “Uganda police as an architect of violence and human rights abuse can’t tolerate a peaceful protest calling for civility,” she adds.