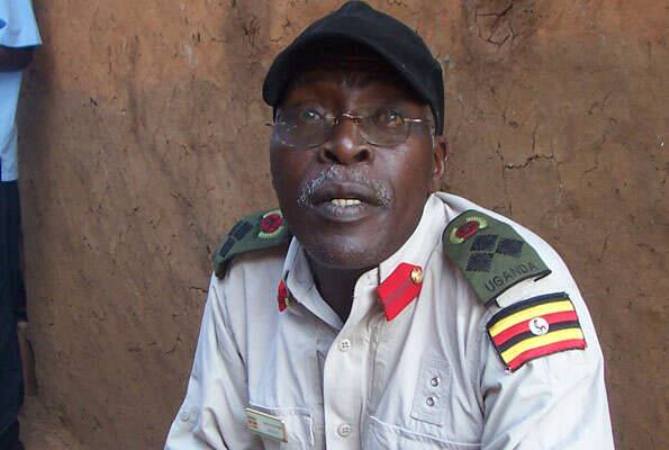 Rtd Maj Gen Kasirye Ggwanga has this Tuesday Morning June 9, 2020 been confirmed dead after weeks in the ICU facility at Nakasero hospital, Kampala.

According to his aide, Ggwanga had complained of severe headache a fortnight back as they headed to one of the city garages to fix his vehicle. His aides advised that they first drive to hospital something he defied as he insisted on fixing the car before any other thing. The pain persisted and he was eventually taken to hospital where a tumour was discovered in his brain. Ggwanga was admitted as his situation worsened. It should be noted that about a month back, he was arrested and detained at Mbuya military barracks though the army refuted this claiming he was just undergoing medical treatment over an ailment they never mentioned.

Who is Kasirye Ggwanga

Maj. Gen Ggwanga was born in 1952 in Mubende district, to a father who was a hunter and farmer. Kasirye Ggwanga learnt both skills. He attended Katakala Primary School, and then he studied at Kibuli Secondary School for his O-Level education.

After finishing Senior 4, he joined the Uganda Army in 1972.

Following boot camp and initial training, he was posted to Arua in the West Nile sub-region, as a map reader, serving in that capacity until 1977.

Kasirye Ggwanga surrendered and was taken toTanga Tanzania, as a prisoner of war number 17341.

In June 1980, President Godfrey Binaisa negotiated the return of the political prisoners to Uganda. They were first housed at Maluku Prison in Mbale District.

Later, they were moved to Kirinya Prison, Jinja District. On 7 October 1981, Kasirye Ggwanga was in the first batch to be released.

The government in power at the time, led by Milton Obote of the Uganda People’s Congress (UPC) mistakenly thought that the recently released prisoners (former Idi Amin soldiers) were involved in the attack. Kasirye Ggwanga was placed on the “wanted list”. He went underground.

His elder brother, Lieutenant James Kasirye, a military pilot then based at Nakasongola Military Air Base was arrested and tortured, then killed when he refused to identify where his brother Kasirye Gwanga was hiding.

To avenge the killing of his brother, Kasirye Ggwanga joined the UFA rebels, then about 650 in number.

This group operated in the Mawokota and Mubende areas in Buganda. In 1985, he left UFA and joined Yoweri Museveni’s National Resistance Army which captured power in January 1986.

During the drive to capture Kampala, Kasirye Ggwanga commanded a 120mm artillery unit.

Between 1986 and 2005, he served in several roles including as the LC5 chairman for Mubende District and as the director of stores in the UPDF. On 31 January 2005, he was retired from the UPDF at the rank of brigadier.

However, after three months on the outside he came back to the military and asked to be re-instated. The UPDF commander-in-chief allowed him to rejoin on a renewable contract of five years.

In March 2018, Kasirye Ggwanga was promoted from the rank of Brigadier to that of Major General, in a promotions exercise involving 1,384 men and women of the UPDF.

He was also officially retired from the Uganda military, in 2018.

Maj Gen (Rtd) Kasirye Gwanga was in April 2020 hospitalized at Mbuya, dispelling earlier reports that the controversial general was under military detention.

Gen Ggwanga was re-admitted in late May after developing more complications with his life.