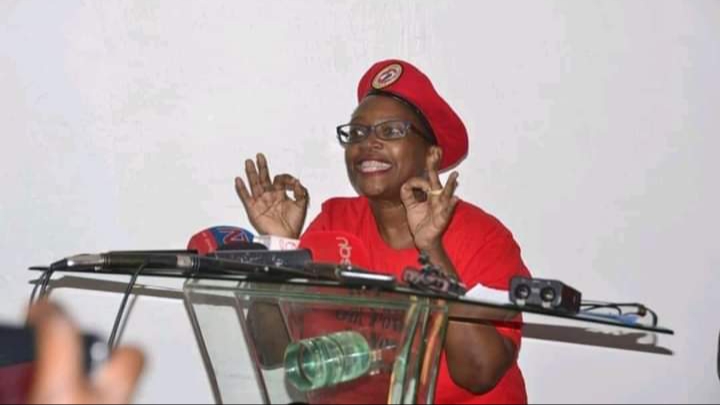 Dr. Stella Nyanzi looks to be so bothered on opposition political parties in Uganda. She thinks, people in opposition only care about their positions but not to oust Uganda’s aging dictator Yoweri Kaguta. Bobi Wine earlier said about the same. She writes:

“I am shocked to confirm that some opposition members see this as their lifetime job. Some Ugandans have made their positions in opposition political parties their sole source of income. Without the opposition position, they have no money, no job, no platform, no status, no voice, no life, no nothing…

And it is shocking to me. It is very disappointing that there are opposition members who are not aiming at overthrowing dictator Museveni. They are not willing to put in the work required to overhaul the status quo and reclaim power from the NRM. They do not see that the opposition should grab power from the dictatorship.

These career oppositionists are a shame. These opposition careerists are wolves in sheep skin. Many of them have destroyed the dreams and aspirations of individuals interested in reclaiming power from the dictator. We must beware of these pretenders who think they arrived when they got positions in the opposition. Emisege, emisege, emisege!!!”

Kyadondo East Member of Parliament Robert Kyagulanyi, alias Bobi Wine, described some people within the Opposition as “oppressors”.
Without naming individuals, Mr Kyagulanyi said the oppression tag refers to those who fight to get positions for personal benefits, neglecting the bigger picture of restoring democracy.
“I have always said there are two groups of people in Uganda, the oppressors and the oppressed. Although the latter group is predominantly in the ruling NRM party, there are oppressors within the Opposition,” he said.