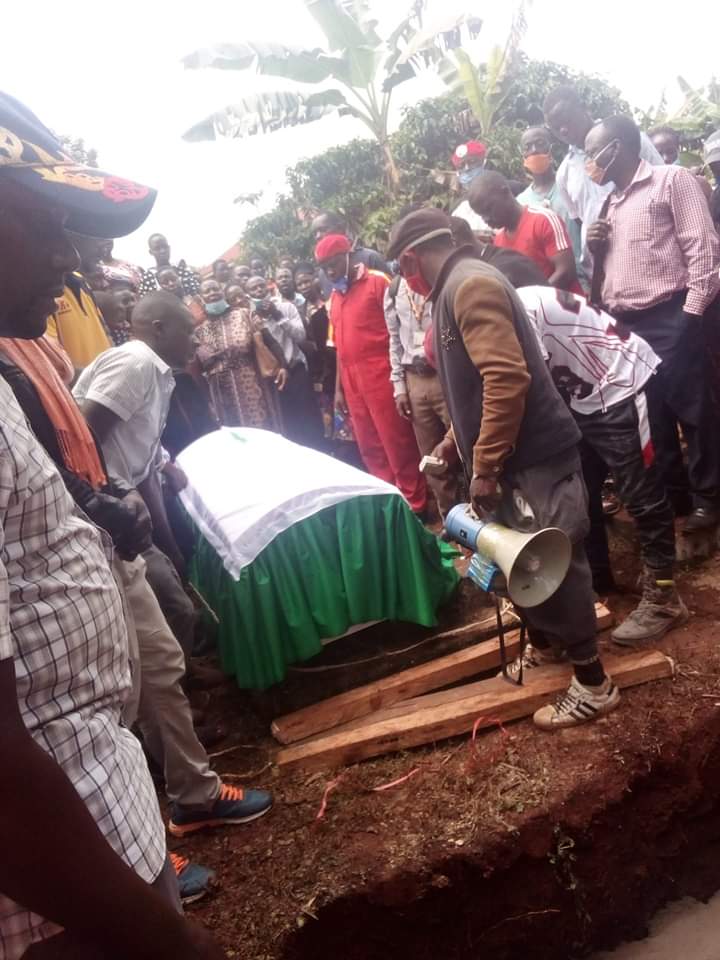 Eric Mutasiga who was last month shot by the errant LDU personnel in Mukono was on Wednesday laid to rest.

The deceased headteacher of Merry Times Primary School in Mukono district was in May shot during curfew hours as he allegedly rescued a Chapati seller from being battered by unruly LDU personnel.

Mourners spoke of Eric as an irreplaceable hero in their community who mentored several youths into hardwork. “It is absurd we’ve lost a guardian, father figure and motivator who preached social development in our community,” reveals Sserunjogi, a resident of Kanoni. “He inspired me a lot. I learnt to fight for justice of others. He died fighting for the freedom of another person. He is more than a hero to me,” he adds.

The slain teacher’s wife, Nabatanzi Viola appealed to the police to probe into the death of her husband. Nabatanzi says her husband has battled bullet wounds riddled through his thigh and chest. ‘He died in pain’, she says. ‘And without a single penny from the police which shot her yet only a surgery would have saved his life,’ she adds.

Police as usual has maintained its verdict on the death of the deceased as they stress that he turned violent and tried to ‘grab’ a gun from one of the officers who had come to arrest a chapati vendor for flouting curfew guidelines.