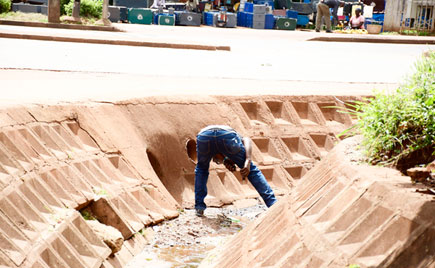 Court will next Wednesday, June 17, hear an urgent application for “provisional measures” in the case filed by Legal Brains Trust, a Kampala-based democracy and human rights watchdog, against Kampala Capital City Authority (KCCA) and the Attorney General (AG) in connection with the drowning, on May 2, of Ms. Cissy Namukasa in the Nakawa drainage channel.

In a press statement issued after serving court papers on KCCA and AG, Advocate Stanley Okecho of GEM Advocates explained that the watchdog seeks a timetable of court-ordered progress reports concerning the efforts taken or intended to be taken by KCCA, police and other lawful agencies in the search for the body of Cissy Namukasa.

“Court has been petitioned to order that KCCA and other government agencies shall not discontinue the search for the body of Cissy Namukasa, and shall report periodically about their efforts, until a final decision on the main case has been rendered by the Court,” added Adv Stanley Okecho.

The main case has been scheduled for hearing on 15 September 2020.

Isaac Ssemakadde, executive director of Legal Brains Trust said: “This court process, issued on the eve of Heroes’ Day, is our tribute to the patriotism of a true hero, Mr Bernard Ekirapa, an employee of Supa Loaf Bakery, who tried his best to save Cissy Namukasa from drowning on that rainy day.”

“This is the first of many steps we shall take in seeking accountability from KCCA and the AG’s chambers, in the hope that Ms Cissy Namukasa’s family will soon find closure,” added Counsel Ssemakadde.

Police earlier suspended all the operations of searching for the remains of the deceased Cissy after ‘losing hopes’ of finding anything related to her. Ms. Namukasa helplessly drowned at an open roadside trench on the fateful rainy morning of May, 2 in Nakawa division, Kampala. According to a retrieved CCTV footage that covered events of that fateful day, a good Samaritan known as Bernard Ekirapa jumped out of a loaf vehicle to try to rescue the struggling woman as other motorists watched on.