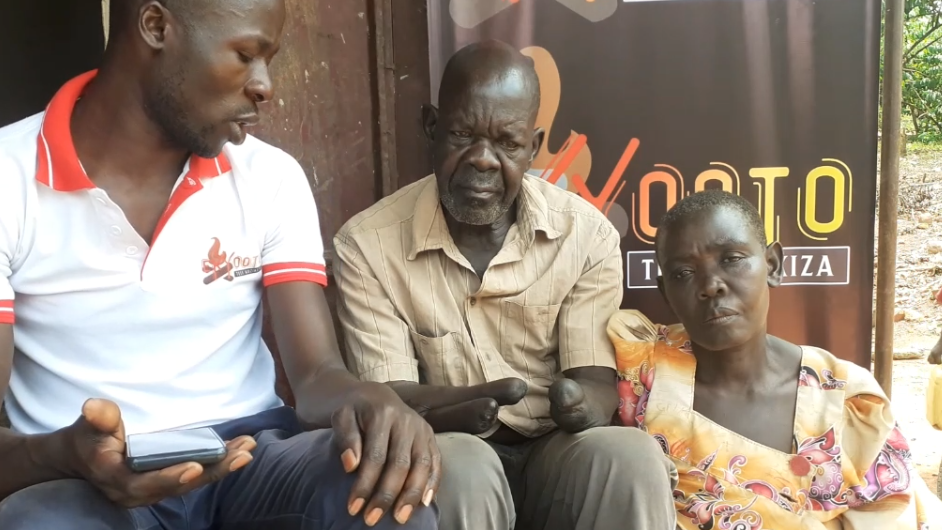 Peter Kamba 79, is a resident of Butasabwa village in Nakaseke District. His story for NRA bush war that brought President Museveni into power tells it all with agony:

In those times, Peter Kamba was a pastor at Makaayi church in Luweero. He was found by NRA rebels at the field ploughing and warned of what was going to happen at the village. He was escorted and taken to Lukoola around March 1983 with other people.

The life at Lukoola became too hard for Peter Kamba due to lack of food and some other resources which saw many people killed while trying their level best to survive. Peter Kamba and his friend William Lukoni who later died on the way together set off and decided to go back to Kirinnya -Makaayi after the death of his father in-law.

On October 20, 1983, Peter Kamba and his friend started thir journey back home but the people they found on the way warned them about the roadblocks at every junction citing that whoever is caught is put into cells. These junctions were; Kapeeka, Wakyato, Katooke, Namusaale, Kalege and so many others including Kyamutakasa near Matugga where the first roadblock was before they ran to Lukoola.

Haji Ediriisa Sseddunga and Capt. Haji Surah Sserunjogi were their leaders. “We moved while panicking fearing UPC soldiers and Youths (yuusi) who could beat people to death.

It was around 4pm, we moved to a certain unfinished house but unfortunately the soldiers had seen us. They caught me with my friend Lukoni and took us to Katooke – Butalangu while there were gun shots allover!

When we reached Bwerampindi, soldiers started beating us like nothing and they tied up our hands from behind. When I was put down, I knew that my day had come. The soldier raised the machete and cut off my two hands at once while saying that, “you rebel, let’s see how you’re going to hold a gun once again!”

I immediately ran with no proper sense of direction, entered the bush as though was like out of my minds, I couldn’t see where I was going plus the too much pain I was bearing.

When I fell on ground, one soldier came and told me, “Get up unless you want to be like your friend you have been with!” When I heard that, I couldn’t last from ground, I further penetrated deeper into the bush. It was heavy rain that made me get out of the bush.   I moved and reached Kirinnya where I had left back for six months.

People helped me and took me to Mijije but I was wholly watered with blood. When soldiers at Mijije saw me when I was just about to die, the next day on Monday, they put me at the vehicle which was carrying charcoal to Mulago Red – Cross where I received some treatment. One soldier asked me, “should we kill you and get rid of that pain?” At Mulago, I spent there six months.” Peter Kamba narrated.

Surprisingly, Peter Kamba has not gotten any form of help or any kind of support from the NRM government for the last 34 years in power regardless of his effort. When we dug deeper, we found out that Peter Kamba was a Musevini spy during the NRA bush war. His frustration comes after trying his level best to get some money from government but all in vain. Peter Kamba has just realized that he was used, dumped and forgotten.