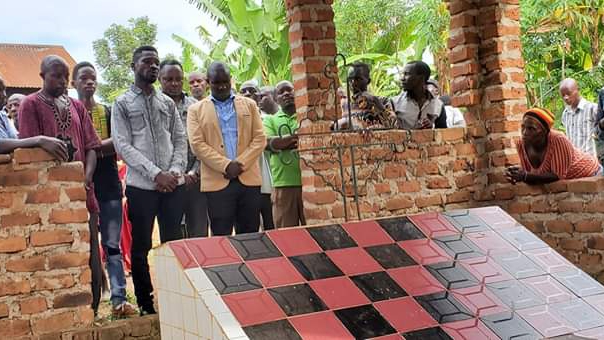 Herman Basudde was born on 5th December 1958 to Namyalo Dimitri and Eria Katende of Bubundo, Masaka. He won 1994 best Solo country African musician and crowned with a silver medal by Lt. Masiko, deputy director of Political Education, Information & Culture on 19.11.1995.

Bobi Wine didn’t only stop on remembering late Herman Basudde while performing at his online show he held last month, he went ahead to visiting the graveyard of Uganda’s Great prophet as he called him in Masaka. He writes:

“Today marks 23 years since prophet Herman Basudde Ssemakula THE GREAT left us to join the ancestors. We spent the day at his home in Bubundo, Bukomansimbi District in Masaka.

It is so refreshing to see his blessed mother and she is well and strong, aging gracefully.

Our generation now sees clearly because we stand on the shoulders of great visionaries who saw the way, went the way and showed us the way.

Many of the things that Basudde talked about through his music are now being manifested before our very eyes, thus many of us believing him to have been a prophet.

May you continue to rest in peace fadah.
We thank God for your life and we will continue to live your legacy never to let you down.
We also passed by the home of the legendary Ben Kiwanuka and paid homage.”