Comedian Salvado: Proud to be part of the Sanyu Fm family 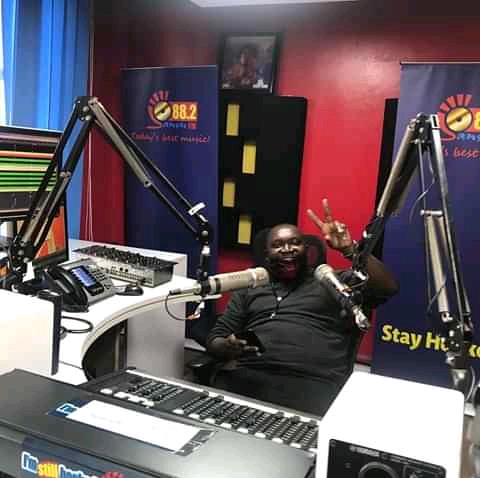 Patrick Idringi aka comedian Salvado has said he is happy to be part of the 88.2 Sanyu Fm family. Comedian Salvado is hosting Sanyu FM’s breakfast show scheduled for every weekday from 6 to 10 am.

This is not Salvador’s first time on-air. He was an overdrive show host at Capital FM in 2011. He later resigned to concentrate on his comedy career which has clearly been a better decision.

The self-styled ‘Man from Ombokolo’ is well known of being one of the biggest comedians in the country. He is also an actor and master of ceremonies.

Sanyu FM is reportedly fired all its presenters after they organized a sit down strike to protest a 25% salary reduction occasioned by Covid19. The Sanyu breakfast show has been previously hosted by Fatboy.

“A journey of 1000 miles starts with one step. Proud to be part of the @88.2sanyufm family … I’ll only get better .. that I KNOW .. thanks for the love showed on my first show”. Comedian Salvado posted on his official Facebook wall.