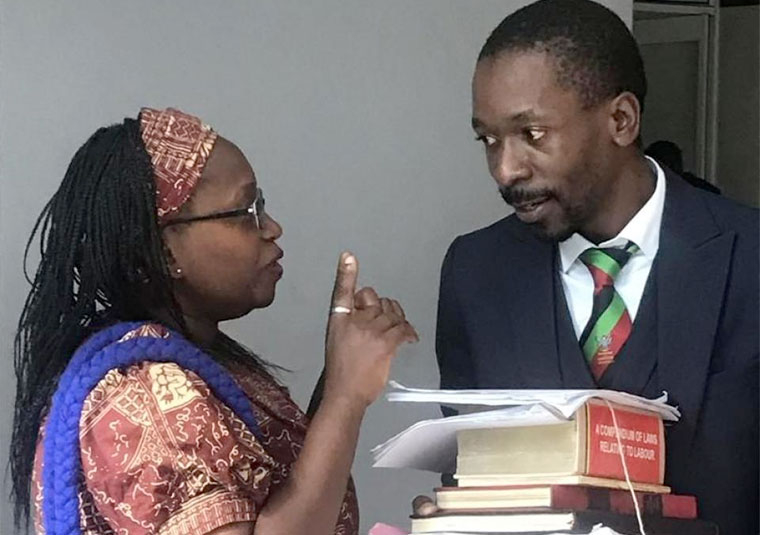 The high court in Kampala has today delivered its verdict in the ‘miscellaneous cause no. 304 of 2018’ in which former suspended research fellow, Dr. Stella Nyanzi sued Makerere University to rescind her suspension. Dr. Nyanzi has been on an indefinite suspension since 2017 when the first lady, Janet Kataaha directed the top management to ‘get rid’ of her till she revokes her insult in which she described her as a ‘fat thighed cow’.

The researcher-cum political activist had earlier been reinstated by the university disciplinary committee though the Vice Chancellor, Prof. Barnabas Nawangwe undermined the ruling due to his political differences and orders from the first lady, Janet Kataaha who is the serving Minister of education.

In her verdict, dated June, 11 2020, justice Lydia Mugambe ruled that Nyanzi’s right to a fair trial was violated which could have psychologically haunted her. “I am satisfied that the respondent’s continued contemptuous disregard of the Tribunal’s decision has caused the applicant embarrassment, inconvenience and psychological torture for which she is entitled to damages,” reads part of the judgement. The judge consequently awarded the celebrated academician shs 120m in damages, plus all legal costs she’s spent so far on this process. “The applicant is awarded general damages of ug. Shs 120,000,000 and a 10% interest per annum till the payment is full,” the judgement adds.

However, her counsel, Isaac Ssemakadde is dissatisfied with the awarded damages as he argues that it is quite unfortunate that the same judge awarded UGX 200m to another Makerere staff who was restrained from office in 2017 just like Nyanzi.  “Margaret. L. Etuusa, a former deputy registrar was awarded UGX 200m by the same judge who awarded Stella UGX 120m and yet the duo were kicked out of office at the same year, it’s absurd,” Ssemakadde told this site.

Dr. Stella Nyanzi is currently eyeing the Kampala woman member of parliament seat which many predict will be a mega upscale for her political career.