“Without their Positions in Opposition, they Have no Money.” Dr. Stella Nyazi Hits Dewy-eyed Opposition Figures yet Again 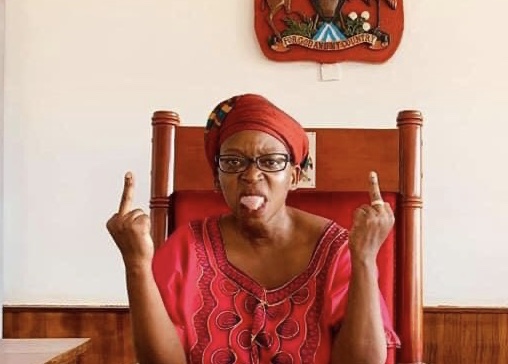 Dr. Stella Nyanzi has yet again used her her facebook timeline to hit the opposition figures who “See this (being in opposition) as a life time job.” The former Makerere University lecturer says that some Ugandans have made their positions in opposition political parties their sole source of income.

Dr. Nyanzi has of recently been attacked by certain figures in big opposition political parties after she suggested a coalition where Bobi Wine would be the President, Dr. Kiiza Besigye the Prime minister, Mugisha Muntu Vice President and Robert Mao speaker.

These extensively attacked her, condemning her for lowering the rank of Dr. Kiiza Besigye yet he was the “father of opposition” in Uganda. Dr. Stella however went ahead to explain how the disunity of Uganda’s opposition shows that many are just mere opportunists.

Her post comes after various bloggers have speculated that she could be planning to become the woman Member of Parliament for Kampala.

Nyanzi says that this fact is shocking to her that these opposition figures are not aiming at overthrowing dictator Museveni.

Her post has yet again received massive criticism from blogger pages like Henry Chemba, Ndawula Stanley, TVO and others, claiming that she has her main goal.

Stella Nyanzi has been a staunched member of Forum for Democratic Change started by Dr. Kiiza Besigye. She has however of recent been so close to Bobi Wine and his people power movement, suggesting the facts that her rants are pointed at the party she has taken time observing.

Read Also: Dr. Stella Nyanzi tells Besigye, Bobi Wine Supporters to stop bickering and work towards ousting Museveni
Dr. Stella Nyanzi is known for standing her ground no matter what the repercussions might be. However much her words are somehow being taken lightly, many people are slowly picking sense and pinning the dewy-eyed figures. 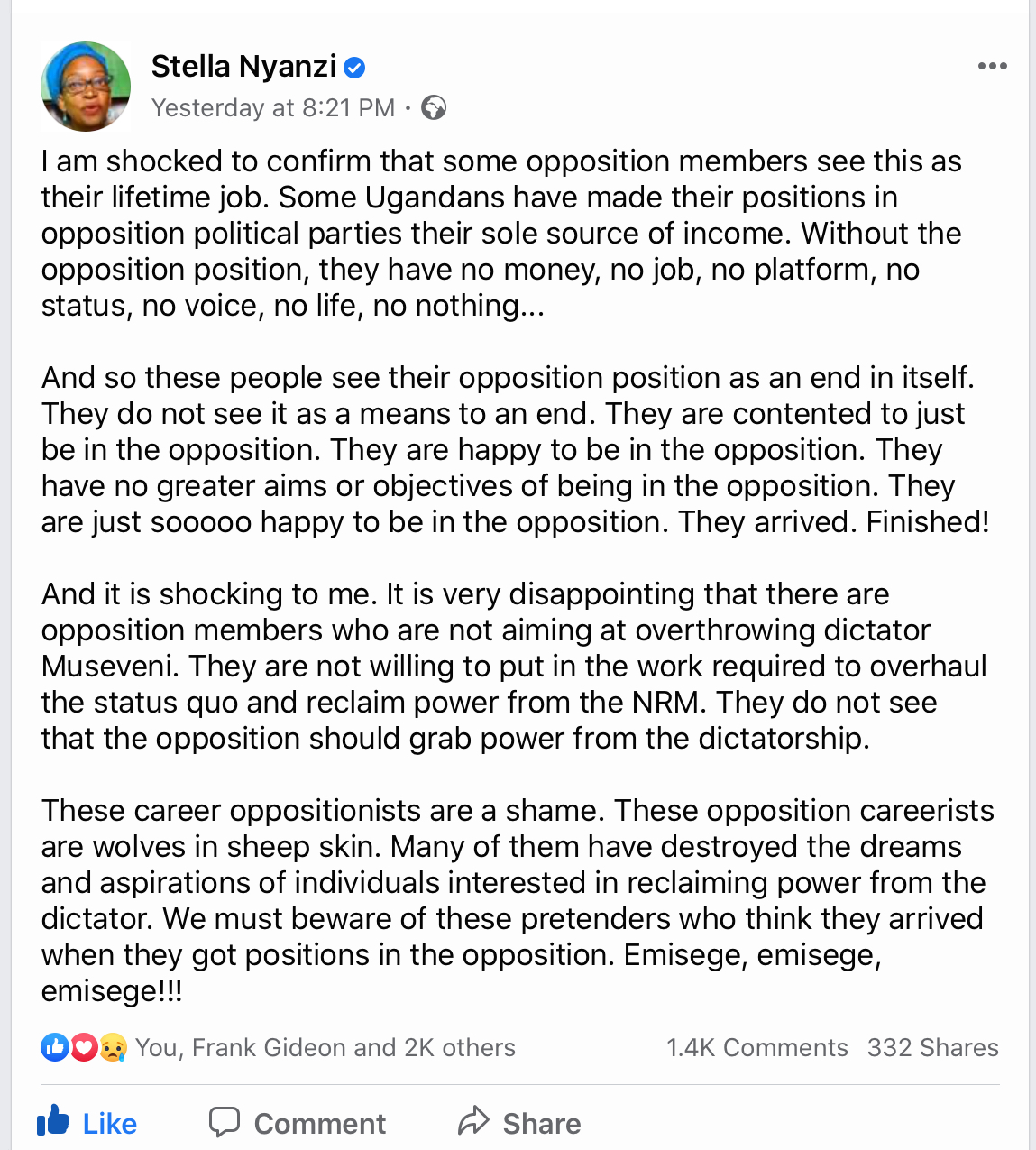