How FDC has hoodwinked Ugandans overtime 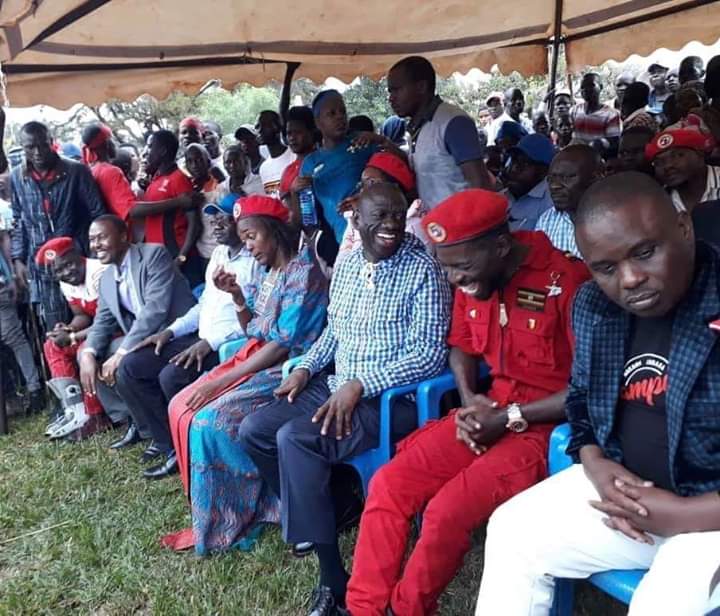 For the past two decades, Ugandans have overwhelmingly rallied behind the Forum for Democratic Change’s presidential candidate, Rtd. Col. Dr. Kizza Besigye since the 2001 general elections.

For all the preceding elections, Dr. Besigye has claimed to be the victor candidate, a thing Ugandans have bought overtime. In fact, even the former NRM regime general, David Tinyenfuza alias Sejjusa reiterated that Dr. Besigye won the 2006 general elections with a 52% of the total cast votes. Even in the 2016 general elections, the city Lord Mayor, Erias Lukwago claimed they learnt of a high profile rigging centre manned by top security officers led by the ex IGP, Kale Kayihura.

Besigye and his cult of FDC loyalists have in one way or the other hoodwinked Ugandans by instilling false hopes that change will come. However, as years have passed by, the young generation which had been reduced to ‘brief case carriers’ for politicians is rising to take on the mantle of leadership.

Former senior presidential press secretary, Joseph Tamale Mirundi has for long preached the role of Dr. Besigye and his stalwarts in Uganda’s liberation struggle, where he usually retorts that, “Besigye is not for change but rather an affiliate of the Mafia gang.” Mirundi goes ahead to reveal how Besigye was brought just to block the back door and be Uganda’s sole opposition lifetime leader. His greed for power backed by ardent confidants like Ingrid Turinawe has since discouraged possible future potential leaders to take the role of fighting for change.

Dr. Stella Nyanzi has been a party member for more than 15 years and she even owns a party membership card to prove her loyalty. A week ago, she triggered a unity debate and has since been targeted and insulted by Ingrid Turinawe and Nyanjura Doreen who operate fake Facebook accounts that they use to preach hate, tribalism and attack the person of Hon. Robert Kyagulanyi Ssentamu and his People Power movement.

Some reports claim that Besigye either knowingly or unknowingly works for Museveni and ons of his ex aides, Henry Chemba at one point shared what has really been happening in the past FDC struggles to take power. Here is what Henry Chemba reiterated;

According to Chemba, Besigye has been selling his victory at a negotiable price of about shs 1.5 trillion. It is alleged that at the end of each general elections, the FDC NEC (top party leadership) holds emergency meetings in which they discuss who gets what and how the party would sustain itself in the coming 5 years. Besigye’s sole opinion has reportedly been a negotiation for a diplomatic endorsements for his wife, Winnie Byanyima (audio recordings available) and cabinet slots for FDC MPs like Beatrice Anywar, Betty Kamya, Betty Aol Ochan. Bukonzo West MP, Katusabe Godfrey is comfortably married to NRM minister, Sarah Opendi. The former party president, Mugisha Muntu developed dissent opinions and questioned their commitment to the struggle, they used their usual blackmail to mudslinge and label him a mole. The narrative that FDC are dictators in the opposition could be right. These people earn from the system. Harold Kaija, a top FDC leader for instance has been on state house scholarships to pursue Economics. Kristeen Behimbisa is in the US sleeping in a rented facility paid for by the NRM government. “FDC is not after change. They want to be opposition leaders for life,” says Henry Chemba. “Ingrid, through her ghost Facebook account, Tom Voltaire Okwalinga launched a campaign to demonise the People Power movement,” he adds. In our next publication, we shall expose the personal benefits some FDC leaders have got from the NRM government.