The Shy but Obstinate General; Tribute to Kasirye Ggwanga 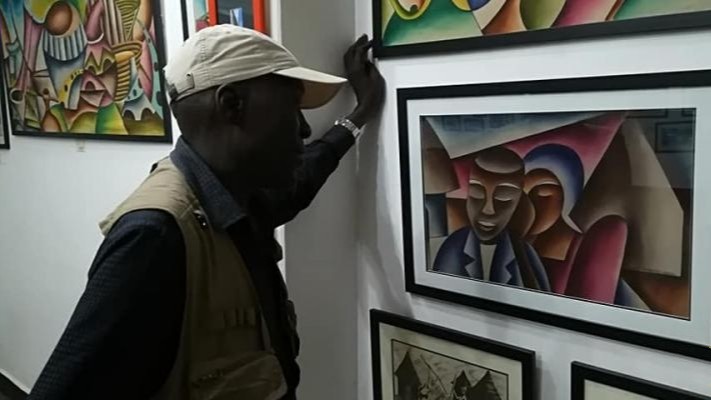 He wrote his script, acted and directed the movie, that premiered on Hero’s Day. Finally, the General had gone. Finally, because for a number of times he had been announced dead by the reckless social media, declaring death without caring about family and friend’s feelings.

Growing up, Maj Gen Kasirye Ggwanga was extremely stubborn, it is surprising he didn’t end up in Kampiringisa, where many stubborn kids were taken for straightening, so we were told. A dreaded place, whose mere mention would send chills down children’s spines.

Wasswa as most of us grew up calling him was a handful to teachers. Our high school days were full of action. Attending teenagers’ dances almost every Saturday and Sunday at New Life, Mengo later renamed Economic Night Club after the exodus of Indians and Pakistanis in 1972.

Wasswa loved dancing and was a regular at Afrigo band’s performances. Ggwanga to many who knew him was an enigma.

But he was shy, yes very shy for those who knew him. The shades he donned masked his shyness. Without shades, he would feel naked and disarmed. He was a human magnet, wherever he was, crowds would gather to hear what he had to say, and he never disappointed.

He loved people and would do anything to help where and whenever he could. He loved children, all children biological or non.

Did I mention that he also loved and collected my art? Well, he did, and would occasionally drop in at my studio/gallery for a visual feast and chat. He was always in search of knowledge through reading and watching TV. He would go on and try to implement what he would have read and seen! Sometimes to disastrous results.

As a teenager, he would stir up things and when the fight broke out he would disappear in thin air. However, that changed drastically after the basic military training in 1972 in Bombo Military wing. He became extremely fearless and daring.

The 1979 war, followed by two years of detention in Tanzania and the years he spent in the bush fighting the murderous Obote regime shaped his view of life in terms of what was, is and should be. And when the opportunity to try his luck on the ballot box came, he jumped on it. Kasirye was unanimously elected political head of Mubende District but preferred to be referred to as governor as opposed to chairman according to the Ugandan constitution.

Why the governor title? Of course, the American influence, where he had spent a whole year attending a course at Fort Leavenworth Staff and Command College, and too, growing up we had watched a lot of American movies especially Cowboy ones aka Western movies. He also believed in the federal system of government. To many, especially those with roots in Mubende, he remained the Governor until his death.

He loathed hypocrites, despised the corrupt, abhorred bullies and avoided idleness. He had an enormous heart with several compartments, in which anyone would fit. He was also extremely impatient with non-performers, but generous with whoever presented a need to him.

Although he was tough looking as he appeared, Kasirye Ggwanga was an extremely emotional man and would breakdown at the news of the passing on of a beloved one! And such occasions were many!  Man Nowa (Nuwa) tuggwaawo! He would say.

The most amazing thing is that he was loved by many from near and far including those who had never met him and only knew him through his pronouncements in the media. Then there were those who resented him because of his lack of sugar-coated utterances. He said what he meant and meant what he said. That was Kasirye Ggwanga!

The President and Commander in Chief, while delivering a Hero’s national address interrupted his speech to announce the passing on of a hero, in real-time! He ordered the entire nation to observe a moment of silence in the General’s honour! The nation obliged and soon there was an outpouring of grief at the confirmation of Ggwanga’s death.

If indeed people love him, going by the number of outpouring emotions following his passing, then let every mourner plant a tree in his honour and memory. And may the powers that be declare total war on all those engaged in environmental degradation, land grabbing and corruption in any form. Here I must aver, Corruption is getting what you don’t deserve whichever way. Oh, how I wish a forest would be planted in his honour and a compilation of his sayings be published into a book.

I thank the Almighty God for according me the privilege and the honour of meeting, getting to know and sharing a lot with Maj Gen Wasswa Kasirye Ggwanga. The General lived up to the Namukozi motto: Okutya nsonyi; Obuzira kitiibwa. Loosely translated:  cowardice is shameful; Bravery is honourable.

Major General, Brigadier, Colonel Kasirye Ggwanga as many civilians would fondly call you, believing Colonel was your first name and Brigadier a nickname; you didn’t live in vain.

Rest in peace my friend, My Brother.