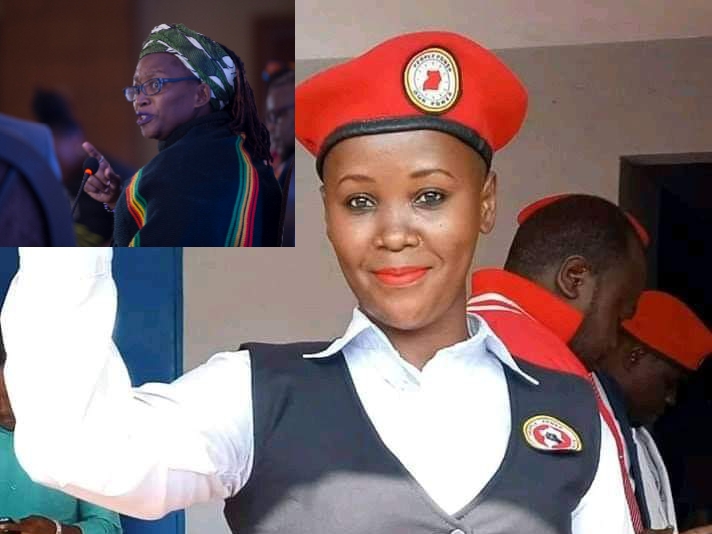 Kampala Woman MP hopeful and People Power lawyer, Shamim Malende has urged her political nemesis, Stella Nyanzi to remain civil and stick to sanity if she is to be a better leader in Uganda’s struggle.

The intelligent young lawyer says Stella’s behaviour is lately drifting away from what the movement truly stands for. She expresses concern with how Nyanzi is belittling and pelting insults at leaders within her party, a thing she insinuates could be attributed to People Power and yet it is an accommodative wave where all views and opinions are tolerated.

I am Shamim Malende, one of Bobi wine’s lawyers and i sit on the legal team of the people power movement.

I have come across several writtings on social media attributed to you and where as i do appreciate the effort and time you put in penning down your thoughts Dr.Stella( “bearing in mind your freedom of expression”), I wish to raise three major concerns for your attention;

First, Uganda is not a country belonging to the opposition but it is for all Ugandans. It is disheartening for you to think that when change is here and Bobi wine is finally president, Mugisha Muntu should be vice president, Besigye prime minister and Nobert Mao speaker of parliament. I find this thinking rather shallow because as people power movement our mission is not to give positions to ourselves and allies when we take over power but to work with every Ugandan worthy whether they are in opposition or not. And as Bobi wine rightly stated ” Uganda is bigger than all of us”

Secondly Dr.Stella, the Bobi- Besigye coalition may not be the only solution to overthrow this regime.Many people believe in that coalition but they also know it is not enough. It is unity of the oppressed versus the oppressors that will bring change in the land. That is why we are people power. I hope you know we have some good and bag eggs in the opposition as well as in the ruling group.

Lastly, people power is premised on several core values among others discipline and integrity. Referring to your political mentors and comrades as “emisege” and publicly stinging your own political party FDC tells much more about you than those you are pointing fingers at, and it does not matter whether you are right or wrong. It is always wise to respect the hierachy and protocol of any party/ movement you subscribe to especially when you are still part of it. Lest i forget, confidentiality is key everywhere, differences are everywhere, otherwise how sure are we that you will not go public against Bobi wine and the people power movement incase of a difference in opinion?

I hope i did not just lament and critique, i provided solutions too.