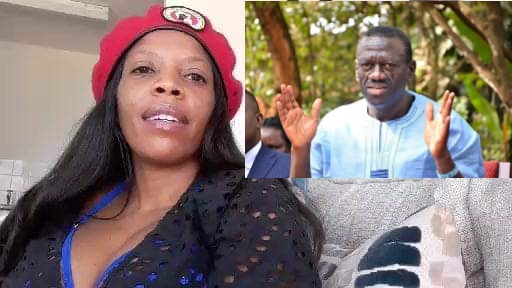 UK based People Power outspoken political activist, Patricia Ssewungu alias ‘Iron Lady’ has urged Ugandans not to cast all their liberation hopes in career opposition politicians who have stunned ‘opposing’ government into a means of survival and income generation.

The fearless change preacher cites out names of career politicians who have made parliament their source of employment to the point that they cannot let go of their seats where they are perceived like governors or monarchs who will rule till they ‘die’. Ms. Ssewungu says there is no difference between opposition MPs and the ruling government as the duo are all greedy to stay in power. “What is wrong with Ugandans who can’t see such trash that this seat is for Museveni don’t touch it! Opposition is for Dr. Besigye, Kampala for Mohammed Nsereko, Mukono for Betty Nambooze and the story continues,” Ms. Ssewungu says. “If you can’t change leadership from LC1 to top, then stop complaining about dictatorship because your mindset believes in dictators,” she adds.

It should be noted that the biggest number of opposition MPs in th FDC, DP and veteran political parties have been in parliament for over two terms which perhaps corresponds with their failure to contest the amendment of article 102(b) of the constutution which scrapped the age limit. The opposition MPs take the blame for allowing the only hindrance to Museveni’s planned life presidency take effect. Ssewungu believes that the MPs knew they had also led past two terms and so they could not deliberately contest this clause since it would backfire to their lengthy rule in their constituencies.

“People should know when to retire and groom others. We need back term limits and must work on everyone in leadership from LC1 to top. The politics of Uganda is rotten and Ugandans are becoming slaves to some politicians hence creation of dictators,” says Ssewungu. “Some MPs even turned parliament into their permanent job. They can kill if you become a threat to their parliamentary seat,” she adds.