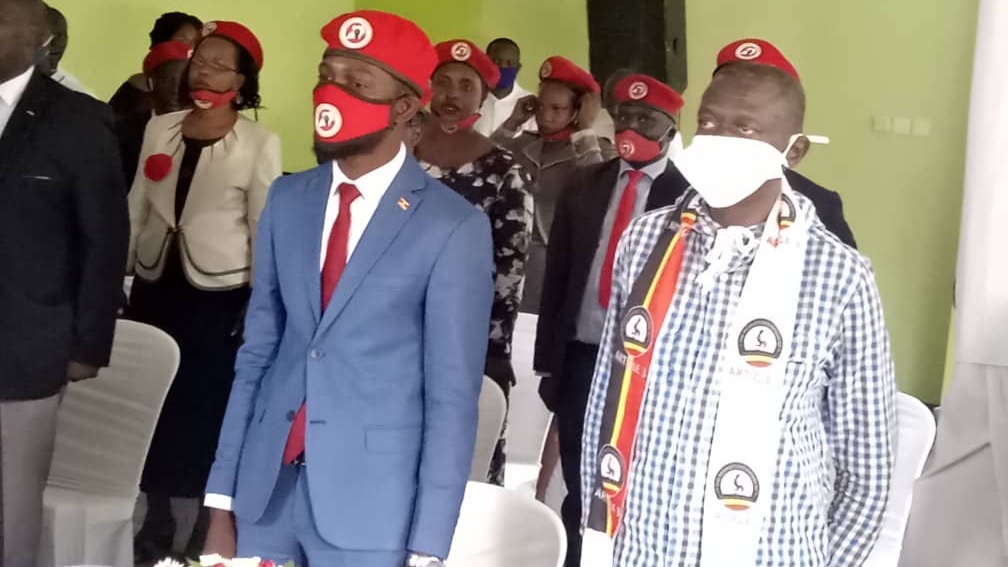 In a joint press briefing at an event held at the Floral Hotel in Wakiso District, Opposition leaders have come together dubbed United Forces of Change and gave an insight in line with Uganda’s response to the COVID-19 pandemic.

Hon Basalirwa in a joint statement started with showing dissatisfaction on how government has poorly responded to the Covid-19 pandemic. Among the many concerns is the government’s brutality against the citizens of Uganda, airing public health system, lack of food security, poor preparedness to the pandemic and so many other concerns.

Lord Mayor Erias Lukwago gave a joint way forward which pointed out establishment of institutions to guide the country where he mentioned that all vulnerable people must get government’s response in terms of food relief.

Ken Lukyamuzi, Leader of the Conservative Party said, “I want to congratulate Dr Kizza Besigye and Hon Robert Kyagulanyi aka Bobi Wine upon finding it appropriate to come together and form such an alliance. President Kaguta Museveni has no moral authority to dominate the politics of Uganda”

“The election of 2021 is already rigged. It is not an election but we will go into it defiantly and as fighters. The time is now for us to weed out the dictatorship – Patrick Oboi Amuriat, FDC President said.

“Things can change someday if we want them to change anyway” – Kyandondo East MP, Robert Kyagulanyi aka Bobi Wine said.

As Bobi Wine was still addressing the media, police and all other security officers invaded, cordoned them off and ordered them to vacate. It all didn’t end well as many were forced out of the hotel.